In the midst of a paradigm reconstruction in automotive materials 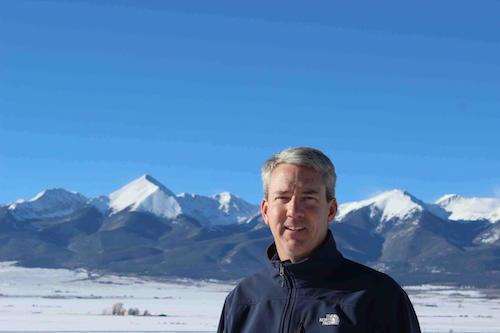 As long as I’ve known her, my wife has been a consummate picture-taker. We have more than 66,000 digital photos, dating back to 2004 when we got our first digital camera. In a basement closet, we have 40 photo albums that date back to the late 1980s, when she and I met. When I look at those albums, I marvel at the time, effort and money we spent generating photo prints. Such technology evolution makes me wonder: What taken-for-granted activity that we perform today will be similarly transformed?

It could be driving. Most of us are licensed and quite attached to our vehicles. But vehicle technology is rapidly changing on a variety of fronts: Powertrain, fuel type, safety features, sensor tech- nology, interior amenities and — near and dear to our composite hearts — lightweighting. But the most radical change ahead could be vehicle autonomy — the prospect that everyone in a car is a passenger — no driver.

I suggested to my kids that their kids might grow up in a world where driving is passé and asked them what they thought their kids might think: This is the conversation we imagined between me and a theoretical grandchild:

Me: “We didn’t used to ride in cars this way. We used to have to drive it. Grandchild: “What do you mean you had to drive it?”

Me: “There was a driver — someone who controlled the car.” Grandchild: “Wait. What? Controlled how?

Me: “There was a steering wheel that came up in front of you and that was used to turn the front wheels of the car to change direction, and there were pedals on the floor that you actuated with your feet to accelerate the car or apply the brakes.”

Grandchild: “Wait, so one person had responsibility for how the car moved and where it went? And couldn’t read or take a nap or watch a video? And everyone else in the car just sat there while the driver did all of these things?”

Me: “Well, we could listen to the radio, or music. But otherwise, yes.”

It is, of course, unknown if such a conversation will take place, particularly given the logistical and legal hurdles autonomous driving technology must clear. The lesson here is the ubiquity of technological evolution — the idea that a commonly shared experience can be radically altered by innovation. Today, this is certainly likely in transportation, and for the composites industry, aerospace and automotive top the list. When Boeing and Airbus decided to apply carbon fiber composites to major structures on the 787 and A350 XWB, respectively, they began an ongoing recon- struction of the aerocomposite paradigm. Many of us saw BMW’s work with carbon fiber on its i3 and i8 platforms as a similar rebuilding of the autocomposite paradigm. It turns out, however, that the i3 and the i8 are exceptions to a new multi-material vehicle rule that applies carbon fiber in the body-in-white where the cost-benefit is favorable. This sounds like bad news, but it’s not.

Although we heard, at CompositesWorld’s Carbon Fiber conference in November, estimates of carbon fiber use in vehicles that varied, even conservative estimates are impressive: One speaker’s suggestion that carbon fiber will penetrate 20% of the automo- tive market with 2 kg of carbon fiber per vehicle means that, with an annual global vehicle production of 100 million units possible within 10 years (90 million today), that would demand 42,000 metric tonnes of carbon fiber per year by 2025. This is, by some estimates, 40-50% of today’s total carbon fiber supply, and would be four times the amount of carbon fiber consumed by the commercial aerostructures market in 2025.

If you throw into the mix what’s being done with aluminum, SMC and other materials in automotive, it’s not a stretch to say that we are already in the midst of a paradigm reconstruction in automotive materials. Which takes me back to my grandchild and the end of our theoretical conversation:

Me: “You think that’s crazy . . . would you believe cars used to be made almost entirely out of steel?”