Fuel cells and related technologies will form a sizable new market as they move past the phase of demonstration projects, overcome longstanding technology hurdles and gain momentum in their progress toward affordability.
#discontinuousfiber #sustainability #bulkmoldingcompound 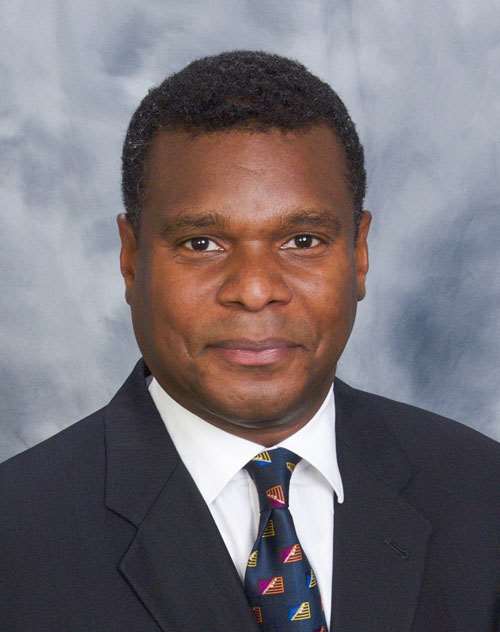 For more than 15 years, Cedric Ball has led marketing and new business development efforts related to the use of composite materials in the transportation, building and alternative-energy markets. Currently, he holds the position of global marketing director at Bulk Molding Compounds Inc., headquartered in West Chicago, Ill.

For more than 15 years, Cedric Ball has led marketing and new business development efforts related to the use of composite materials in the transportation, building and alternative-energy markets. Currently, he holds the position of global marketing director at Bulk Molding Compounds Inc., headquartered in West Chicago, Ill.

A schematic of a typical PEM fuel cell. This type is finding use in high-volume applications and are well suited for applications in which quick startup is required. Source: Ballard Power Systems

A schematic of a typical PEM fuel cell. This type is finding use in high-volume applications and are well suited for applications in which quick startup is required. Source: Ballard Power Systems

A single fuel cell could contain hundreds of plates made from corrosion-resistant composite materials. That fact has stirred the imagination of many in this industry, but until recently, had not stirred a great deal of commercial activity. That is changing.

Although the fuel cell market is relatively small and lags behind some of the other energy-conversion technologies now in widespread commercialization, it is beginning to move beyond its infancy. Fuel cells and related technologies will form a sizable new market as they move past the phase of demonstration projects, overcome longstanding technology hurdles and gain momentum in their progress toward affordability.

The fuel cell market can be divided into three major segments: portable, transportation and stationary. Each of these can be further segmented into a variety of broad and niche applications. Although the majority of attention has been paid to the potential for fuel cell-powered vehicles in the automotive market, most observers agree that significant cost and technology barriers remain to widespread use of fuel cells in passenger cars. Not so well known is the fact that stationary units have already reached affordable levels and are being sold for residential, light commercial and some industrial uses.

According to GBI Research (New York, N.Y.), global revenues for fuel cell systems grew to $521 million (USD) in 2009. About two-thirds of that total was for stationary fuel cell systems, with the balance going to portable applications, including transportation. Drivers for the adoption of fuel cell technology include not only the increasing environmental concerns about fossil-fuel power sources (e.g., coal- and fuel-oil-fired electric, gasoline and diesel automotive systems), but also the need for power sources with long life and low maintenance as well as the ever-increasing need for more compact and efficient power systems.

As advances in electrochemical and materials technologies have made fuel cells attractive, and more importantly, affordable enough to compete with conventional power sources, large players, such as Coca-Cola, Wal-Mart, FedEx and most of the major car manufacturers, have announced plans to expand their use of fuel cells beyond demonstration projects. Some programs are already underway. Most programs will begin full-scale production in the 2013-2015 timeframe, with scale-ups beginning in 2011. New installations are expected to grow from ~2,500 units, today, to more than 200,000 units annually by 2015, based on industry announcements.

A basic fuel cell is an electrochemical device that combines hydrogen and oxygen to produce electricity, with water and heat as its only by-products. Fuel cells are similar to batteries electrochemically, but differ in that they use less toxic materials and do not need to be recharged. As long as fuel is supplied, the fuel cell will generate electiricity. Because the fuel-to-energy conversion is electrochemical and involves no combustion, the process is clean, quiet and two to three times more efficient than burning fuel.

There are perhaps a dozen derivative fuel cell designs. Each of these could emerge as suitable for specific applications (see chart below). The front-running fuel cell design for high-volume applications, however, is the proton exchange membrane (PEM) fuel cell. This type operates at relatively low temperatures (about 175°F/79°C), has high power density and can vary its output quickly to meet shifts in power demand. PEM fuel cells are well suited for applications in which quick startup is required, such as automobiles or back-up stationary power supplies.

High-temperature proton exchange membrane (HT-PEM) fuel cells are a variant of the standard PEM fuel cells. Both include membrane electrode assemblies (MEAs). However, HT-PEM fuel cells operate at higher temperatures (250°F/121°C to 390°F/199°C) and are more tolerant to impurities that can build up within the cell over time, reducing its efficiency. HT-PEM fuel cells are a preferred fuel cell technology for integration with fuel reformers (mechanisms that extract hydrogen from other fuel sources). HT-PEM fuel cells outfitted with reformers allow the units to use standard propane or natural gas, for example, as its source of hydrogen. Because direct hydrogen storage and the lack of a hydrogen infrastructure have been major obstacles to greater fuel cell adoption, HT-PEM fuel cells fitted with onboard fuel reformers and connected to existing natural gas lines are proving to be a practical near-term solution.  It also is possible to capture and use the fuel cell’s generated heat. Combined heat and power (CHP) fuel cell systems provide heat for some water and climate-control systems, accelerating the payback to building owners.

In an individual PEM fuel cell, electric power is generated in MEAs that contain flow field (bi-polar) plates and gas diffusion (anode and cathode) layers. These components control the mix of hydrogen and oxygen in the electrochemical reaction. Individual cells are combined into stacks to scale the power of a given fuel cell module (larger stacks generate greater power). Bi-polar plates can be made from metals or composites. Because each material has inherent advantages and disadvantages, much study is devoted to determining which materials are best suited to a given application.

With metals, platinum is a common catalyst used for the anode and cathode of the fuel cell. Stainless steel alloys can be, and are, used for bipolar plates. The principal advantage of metals is the ease with which they can be produced in very thin cross-sections, allowing for compact stacks and greater power densities, an important attribute for transportation and portable applications. The disadvantages of metals are their high cost and eventual corrosion, causing failure of the cell. In the case of platinum, concern focuses not only on cost, but also the adequacy of the world supply of platinum if fuel cell vehicles, for example, were to make up significant portion of the global automotive fleet. Scientists continue to search for methods to reduce platinum loading through the use of alloys, platinum nanoparticles and film applications.

It turns out that thermoset compounds are nearly ideal for the acidic electrolyte environment of a fuel cell. Chopped carbon fiber and graphite particles added to the compound provide conductivity, and for many years, such compounds have been used in flow field (bi-polar) plates. As advancements have been made in controlling formulation and processing, compounders have extended the use of composites to the anode and cathode layers as well. Thermoset composites offer corrosion resistance and dimensional stability at high temperature at a relatively low cost compared to precious metal or graphitic sheet materials.

In the past, thermoset materials were thought to be limited to lower volume and stationary applications, due to longer cycle times, higher scrap rates and an inability to produce molded composite plates as thin as stamped metal plates. More recently, however, these issues have been overcome, providing a clear advantage over metals in high-temperature and low-temperature PEM fuel cells where power density is a secondary requirement (i.e., stationary applications).

Chopped carbon fiber and graphite particle filled/vinyl ester bulk molding compounds (BMCs) are finding wide use in bi-polar plates for low-temperature PEM fuel cells. When introduced in 1998, the cost of composite plates made with BMC was high — in the neighborhood of $25/lb — for reasons related to compound cost, throughput and operational quality. Compound costs have declined significantly since that time and as volumes have increased.  Similarly, molding cycles once measured in minutes are now routinely completed in seconds, due to formulation improvements and thinner plate cross-sections.  The latter, in fact, have been reduced from 7.0 mm to as thin as 1.7 mm (0.276 inch to 0.067 inch) today, improving on the power/volume ratios possible with composite plates.

Another advantage of composites over metals is in the design and production of flow field patterns, considered by each OEM to be a key and proprietary aspect of its fuel cell’s operation. With composites, one can produce different and more complex flow field designs on opposite sides of the plate. With thin, stamped metal plates, it is only possible to have a mirror-image design on opposing sides of the plate.

Finally, experienced composite plate molders, such as Dana (Paris, Tenn.), Metro Mold and Design (Rogers, Minn.), Entegris Fuel Cells (Chaska, Minn.) and InnoVentures (Willoughby, Ohio), have improved quality and throughput. Similar advances have been made with graphite-filled/phenolic compounds, which are suitable for use in the high operating temperatures and corrosive environment of CHP HT-PEM fuel cells.

In some ways, the question of “composite vs. metal” is misguided when it comes to determining which is the “best” fuel cell material. Classically trained engineers tend toward linear thinking when selecting materials. Fuel cells, however, are complex, interactive systems that require a holistic approach to their development. The design, material choice and the manufacturing process must be taken into account to deliver an end product that performs effectively, efficiently and affordably. The more successful fuel cell OEMs have discovered — or are discovering — that composites are well suited for such designs. The key is to work with molders and material suppliers, helping them understand the design possibilities. Although much work remains, composites already are playing a central role in shaping the future of the fuel cell market.