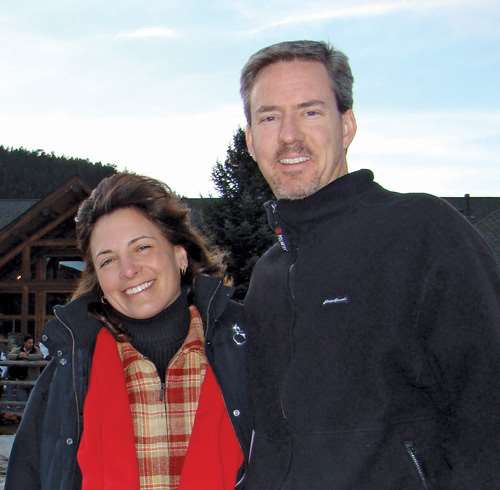 When they look for story ideas, many journalists and editors do what we often do: Look at previously published stories and see if there’s an opportunity to produce an update. In industries that are more mature and thus see only incremental change, this can be a challenging venture. In the rapidly evolving composites community, it’s pretty easy. The pace of change often provides many opportunities to check in on a type of material or a technology to see what’s new.

This was the case when we decided that it was time to publish an update on high-temperature resins. We last visited this resin class in the November 2004 issue of HPC and figured an article of standard feature length was in order. We tasked contributing writer Vicki McConnell with the job and confidently left her to her work.

What we forgot — we really should have known better — is that four-plus years is an eternity in the composites industry. Turns out that a variety of market forces have been at work, driving high-temperature resins into applications that five years ago were only the wistful hope of a materials engineer. So we were unprepared when Vicki weighed in with something more like an opus — a collection of materials data and applications insights that dwarfed the space we’d allotted for it. The greatest demand for high-temp resins, she tells us, is coming from the aerospace community, where composites are replacing metals in increasingly demanding environments. The demand is not new, but the composites industry’s growing capacity to meet the demand is eminently newsworthy.

As a result, there was little dross in what Vicki had mined from her sources and absolutely no way to trim it down to single-feature length without losing gold. So we decided to break it into two parts. Part I appears this issue on p. 39; you can look forward to Part II in the September issue. While that means half the update will be delayed, we think it’ll be worth the wait.

We’ll have to wait, as well, for a definitive determination of the cause(s) behind the demise of Air France 447 off the coast of Brazil in June. In the absence of data, rumor is rampant, and the rumormongers have done what they typically do, find fault in that which is unfamiliar. For example, a news station in Utah interviewed a former pilot, who speculated that the cause of the crash was failure of composites on the Airbus A330. A series of popular-press reports noted the use of composites in the vertical stabilizer hinges, with, again, speculation that material failure there caused the tail to separate from the plane during flight — all this inferred from a single factoid: that the tail was discovered, days later, many miles from other crash debris. Even the Christian Science Monitor joined the fray with this about composites: “These materials are believed to be as strong if not stronger than traditional metals.” Use of words like “believed” by journalists is intended to convey doubt and, in this case, subliminally suggests that composites are new and untested, and Airbus and Boeing have gone way out on a limb by giving the stuff a try.

Composites aren’t new to us, but to much of the world, they were born yesterday. Ironically, no media outlet (at this writing) has interviewed anyone actually involved in the composites industry. I’d say that’s an oversight. My friends in the popular media might be better served — and serve the flying public better, too — by eschewing rumor and pursuing scientific fact. If they did, they’d discover that materials science is no mere belief system. Composites have been earning their way onto commercial aircraft for decades, and Airbus and Air France know that they perform as well, if not better than, metals in hundreds of applications. That would give reporters something useful to do while we all patiently wait for air safety teams to deliver the judgment that only trained investigators are qualified to provide.