The Composite Business Index for February and March 2014.

In February, the U.S. Composites Business Index of 53.1 showed industry growth for the fourth time in five months — and at its second fastest rate since May 2012. Improving at a generally accelerating rate since July 2013, the CBI was 6.2 percent higher than it had been one year earlier. New orders grew, reaching their second highest level since February 2012. Production expanded at it second fastest since April 2012.

Backlogs increased for the first time since spring 2012, pointing to greater capacity utilization and capital investment in 2014. Employment continued to grow but at its slowest rate since September 2013. Exports were still mired in contraction at a rate similar to that in 2013. Supplier deliveries lengthened again. The rate was slightly slower than in the previous two months, but slightly faster than in the second half of 2013.

Material prices increased at a rapidly accelerating rate the first two months of 2014, and at its third fastest rate in CBI history. Prices received, rising in six of the previous seven months, grew at one of its fastest rates since January 2013, but increased much more slowly than material prices. Future business expectations soared, reaching their second highest level since the CBI began.

Facilities of all sizes grew again in February. The rate, however, was significantly greater for those with more than 20 employees. Fabricators with 19 or fewer employees recorded very slight growth.

Future capital spending plans were 30.2 percent lower than a year ago.

In March the CBI of 56.3 showed industry growth for the fourth consecutive time and the fifth time in six months — at the fastest rate since March 2012. Industry improvement had accelerated since July 2013. The Index was 8.7 percent higher than in March 2013 and it was the seventh month in a row that it was higher than in the same month the year before. The annual rate of change had grown faster each of the previous two months.

New orders had grown for four months straight at a rate increased slightly from February but slower than in January. Production expanded for the third consecutive month, reaching its fastest growth rate in nearly two years. Backlogs had grown at an accelerating rate in the first three months of 2014, a trend indicating that composites fabricators’ capacity utilization and capital spending should increase through the year. Employment had increased for 13 months, and the hiring rate picked up sharply in March. Exports grew for the first time since April 2012. Supplier deliveries lengthened at the fastest rate since April 2012.

Material prices increased again in March, but at a noticeably slower rate than in February. Material prices continued to increase, but prices received contracted for the second time in five months. Falling slightly compared to January and February, future business expectations in March was near its highest levels since the CBI began.

The CBI was up sharply for facilities with 20+ employees, and at a rate as high as at any time CBI history. But those with 19 or fewer employees contracted after two “up” months. The Index differential between plants with more and less than 20 employees was roughly 10 points.

After contracting in February, future capital spending plans increased 16.3 percent compared to March 2013. The annual rate of change in March was higher than in February. 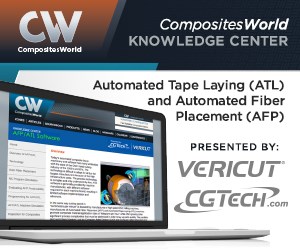