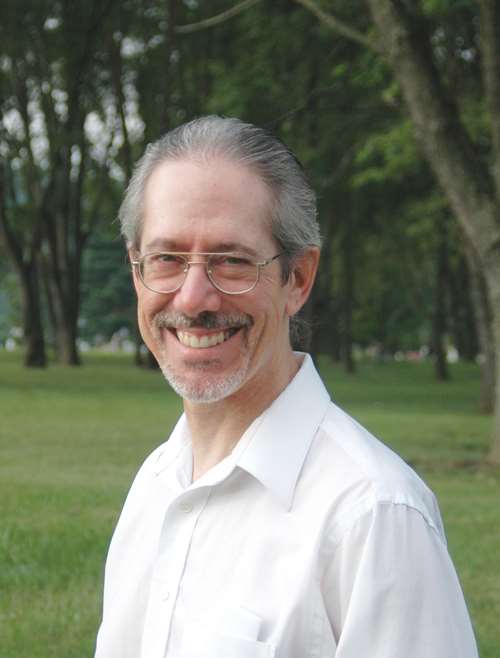 A journalist with 20 years of technical trade magazine experience, Mike Musselman is in his 9th year as CT’s managing editor. Based in Denver, Colo., he coordinates the efforts of a team of in-house and freelance editors and writers and steers each issue’s editorial content through the production process.

A journalist with 20 years of technical trade magazine experience, Mike Musselman is in his 9th year as CT’s managing editor. Based in Denver, Colo., he coordinates the efforts of a team of in-house and freelance editors and writers and steers each issue’s editorial content through the production process.

Paradigm is one of the most overused words in my business. We journalists describe almost any change today as a paradigm shift. It’s not only well worn, but just about worn out. But there is no better descriptor for what U.S. auto OEMs need as they emerge from the 2009 downturn that exposed (it did not cause) their current collective woes.

While others in the manufacturing community suffered recession, Detroit endured a second Great Depression, in part, because the now not-so Big Three clung to an old paradigm that stopped making sense well before the turn of the century. I’d like to propose that automakers — and auto buyers — take the following steps into a new one.

In the 1960s, GM execs swore up and down to the U.S. Congress that 30-mpg gasoline engines could not be built. At that same moment, auto engineers in Japan were on their way to doing just that. Why? Because Japan imports its oil. Instead of whining about it, they got down to business and figured it out.

Yes, the increased cost of car ownership is due, in part, to tougher requirements for fuel economy, passenger safety and environmental regulation. We know. But know this: We have entered an era where carmakers will be expected to meet tougher fuel economy and safety standards and build cars that can be recycled and powered by alternative forms of energy. We’ll never see cheap gas again and the family auto will, without doubt, get more expensive. Time for Detroit to figure it out. To begin ....

STOP looking at cars like disposable razors. START seeing them as investments.

Our “disposable” mindset dates from the mid-1900s, when auto marketeers convinced auto buyers that cars were a commodity. Designs changed yearly. Models and model variations multiplied. Engines got bigger. Soon, a notable minority of Americans bought a new car every year or so, many more bought one every two or three years. Everything from design to marketing was calculated to maximize production, emphasize unit sales and encourage turnover. (This program of planned obsolescence was pioneered by none other than General Motors, the auto downturn’s biggest victim.)

Rust-prone materials, analog engineering, cheap fuel and an unhealthy dose of “keep up with the Joneses” made this marketing model almost inevitable. The average time it took an American-made car to go from shiny showroom jewel to junkyard-bound rust bucket was about 10 years. Engines had to be rebuilt at 80,000 miles, and 9 or 10 mpg didn’t matter because gas was almost as cheap as water. The key statistic was resale or trade-in value. If the car wasn’t working right, it was as easy to trade it in (or trade up) as get it fixed.

Today’s car, like that other major investment, the house, is too expensive to be a commodity. The average price of a car quadrupled during a time when the average paycheck didn’t even double. By the 1990s, many in the middle class had to take out a second mortgage on the family home to buy the family cars — or lease them and have nothing to show for it in the end. Today, we’re a nation of car renters. We need cars people want to buy and keep. So ....

Yes, you must mint a part a minute if you have to turn out 250,000 units a year at less than $20,000 a pop. But with a $60,000 car produced at one-third that volume and designed to ride the road three times longer? You needn’t produce parts anywhere near that fast. Building fewer, more expensive cars removes the only real obstacle to Detroit’s large-scale adoption of composites technology. Automakers can invest in multiple tools, produced at a small fraction of the cost of a single steel or aluminum stamping tool. This would give them the financial freedom to design cars for composites molding processes, rather than the other way around. In line with that ....

STOP looking at the composites industry from the outside, lecturing it about its need to produce practical technology for you. START supporting it. Join it. Become insiders. Invest.

Composites are the materials most likely to accomplish car lightweighting and parts consolidation goals. They are the least likely to corrode. What about aluminum, you say? It’s light and (relatively) affordable. Yes, but a car with composite body panels won’t have any dents when you drive out of the grocery store parking lot. Aluminum can’t give you that. More to the point, the principal technologies that support hydrogen fuel cell powertrains depend on composites. We’re inevitable. We’re just waiting for you to see it.

STOP pushing the responsibility for product development off on tier suppliers. START planning, directing and funding future technology research and get back to partnering with tier providers in its adoption.

Because the U.S. government has a large financial stake in your future, there has never been a time when the U.S. executive and legislative branches were more receptive to funding R&D on everything from battery technology to fuel cells and hydrogen delivery systems. Seize the moment. Lobby Congress. (Frankly, if you wait beyond the next election cycle, you might lose the opportunity altogether.) If you don’t lead, others will. Those who do will own the auto industry’s future. In sum ....

What must a car be to meet the needs and accommodate the restrictions we now face? Design that car.

Picture this: Cars that are purpose-built to successively integrate, with little rework, first hybrid gas/electric powertrains, then battery electric, then — the moment they are commercial, hydrogen fuel cell systems. Cars built on modular schema. Car designs optimized for change. Frames and drivetrains designed to accommodate these expected innovations. One small example: As batteries get smaller, lighter and more efficient (they will), the car owner trades the old battery pack for a new one — it’s designed as a plug-and-play unit — and the empty space is converted to additional storage space because auto designers, thinking ahead, placed the batteries in a position that would permit such a change of assignment.

The greatest casualty of Detroit’s half century of planned obsolescence was brand loyalty. Detroit trained its customers to be fickle. When Japanese automakers offered customers better cars for less, they jumped. No “Buy American” campaign could faze them.

If cars were built for 30-year service, then Detroit marketeers could reverse the old trade in/trade up pitch, asking instead, Why replace the whole car, when you can replace some of its parts? When auto owners tired of the current body style, they could pre-order a new look, then stop in at the dealer to swap it out. Want to trade your sedan for a roomier minivan? No problem. (GM already can do that swap; its Chevy Cobalt and its HHR panel truck were built on the same frame, with the same engine.) The current trend toward multiple models on a limited number of powertrains and frames is a  good first step down the right road. And modular swap technology would be a good way to rebuild brand loyalty.

Swaps will work because composite components will consolidates dozens of metal parts into one. Disassembly and reassembly will involve little labor. Car owners could conceivably drop off the “old” car in the morning and pick up the “new” one on the way home. As the price of such technologies comes down (inevitably), the price of renewing that existing vehicle comes down, and total cost of ownership declines. Not to mention that the number of junked autos would be reduced and fewer parts would need to be recycled each year. And the need to keep people coming back would ensure that auto execs plan very carefully and execute marvelously well. Quality and design ingenuity would trump everything else. (What a concept!)

Sound fanciful? Most of the auto advantages we now take for granted were once the stuff of fancy. But truth is, what I’ve proposed is by no means impossible. All the technologies I’ve mentioned already exist. All, in fact, are already on the road, at least in test vehicles (if you don’t believe that, you haven’t been reading CT).

The disposable automobile is an anachronism. We must build a car that isn’t obsolete the moment it leaves the dealer’s lot but instead can morph into our technological future. America’s love for personal transportation need not end. But its romantic affair must become a more mature, enduring relationship.