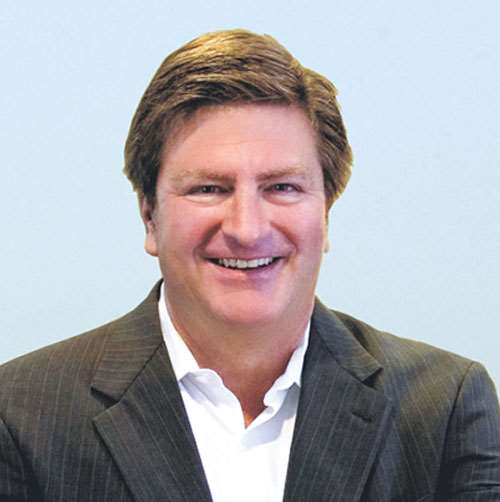 Paul Weisbrich is the senior managing director of McGladrey Capital Markets LLC (Costa Mesa, Calif.). A 20-year investment-banking veteran, he frequently lectures on that subject in North America and Europe, and he is an adjunct professor of mergers and acquisitions (M&A) at the University of Southern California’s (USC) Marshall School of Business. He has a BA in business from Loyola Marymount University, an MA in business administration from USC and holds Series 7, 24 and 63 securities licenses.

Paul Weisbrich is the senior managing director of McGladrey Capital Markets LLC (Costa Mesa, Calif.). A 20-year investment-banking veteran, he frequently lectures on that subject in North America and Europe, and he is an adjunct professor of mergers and acquisitions (M&A) at the University of Southern California’s (USC) Marshall School of Business. He has a BA in business from Loyola Marymount University, an MA in business administration from USC and holds Series 7, 24 and 63 securities licenses.

HPC recently talked with investment banker Paul Weisbrich about the financial health of the aerospace and defense composites arena as well as his take on the current M&A market and  market trends worth watching.

HPC: You recently attended the Farnborough Airshow in the U.K. What did you take away from that event, relevant to the composites market?

PW: Well, the most obvious thing was the magnitude of aircraft orders. Companies reported about $40 billion in orders, but that is half the orders of 2008, when the show was last held, and equal to the orders in 2006. While it was certainly a good event, it points out that we are recovered only to 2006 levels. That said, there was tremendous excitement generated by the appearance of the Boeing 787 Dreamliner — it was very palpable. To illustrate, on late Tuesday afternoon, when the 787 departed the show, nearly all the visitors stayed to watch the flyover, despite the fact that they knew they would be caught in the notoriously bad London traffic. The plane’s appearance underscored the fact that its production build cycle is imminent — finally. There was a noticeable spring in the step of the Boeing suppliers who are involved in the 787. And Airbus’ A350 XWB is certainly following closely behind.

The show demonstrated that commercial aerospace is definitely on the upswing now, while the military aerospace side is becoming less attractive. This shift is due to several factors: Global debt worries will result in military budget cuts worldwide — I think cuts could be from 10 to 20 percent — and the U.S.’s announced intention to pull back from its military theaters will reduce up-tempo spending. That is, there will be cutbacks in consumable war materiel. So companies that are heavily invested in military programs right now are going to be less attractive as M&A targets and, logically, valuation here will moderate.

Composites continue to be a dominant theme right now in aerospace and defense — and it’s not going away. There are a lot of composite parts that need to be designed, fabricated and eventually repaired — presently a largely ignored area — or replaced on a large aircraft like the 787 or the A350, so more and more companies are becoming involved in the composites stream.

HPC: Speaking of M&A activity, what is your perspective relative to companies involved in composites?

PW: Aerospace and defense companies are very desirable in the M&A space right now, despite the fact that the capital markets have experienced an increase in volatility. Large companies are looking for large deals — often the larger the better — in the range of $20 million or more EBITDA [earnings before interest, taxes, depreciation and amortization]. With smaller deals, say, less than $5 million of EBITDA, lending is tight. That said, I think large strategic buyers would still do a small deal if there is a unique customer or key strategic technology involved. Further, it is a seller’s market, with significantly more interested buyers than sellers in the composites space. That makes it hard for buyers to find bargains. Buyers continue to pay premiums for composites companies. So if the target company has design/build capability on top of its fabrication expertise, expect a scarcity premium on the overall composite space premium.

HPC: What trends do you see that leaders of composites companies should be watching?

PW: Everyone is thinking, What is the next game-changer technology? In my mind, it’s going to be something that facilitates a drop in the price of composite parts to further displace metals. It will likely be an out-of-autoclave process and could involve a technology marriage between a resin manufacturer and a fiber supplier, creating a new, faster process. There’s a lot of discussion about automated tape laying [ATL], and it’s great for large parts, but ATL isn’t optimized for smaller parts [or] shorter runs, and its capital cost is very high. A new area for composites to conquer should be composites for jet engine parts, in both the cold and hot sections.

HPC: What is your advice to a composites company that is looking for an investor partner or a sale?

PW: Know where you fit in the spectrum. Are you content with being a Tier 3 or 4 supplier, or should you up-tier by investing in R&D [research and development], new equipment and additional processes for larger parts and go after bigger contracts? Is commercial aerospace your game, or are you willing to pursue military work? Pick your spot and optimize the technology and processes that work for your targeted spot.