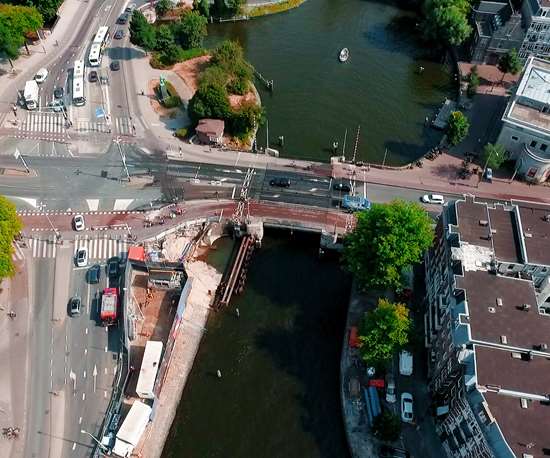 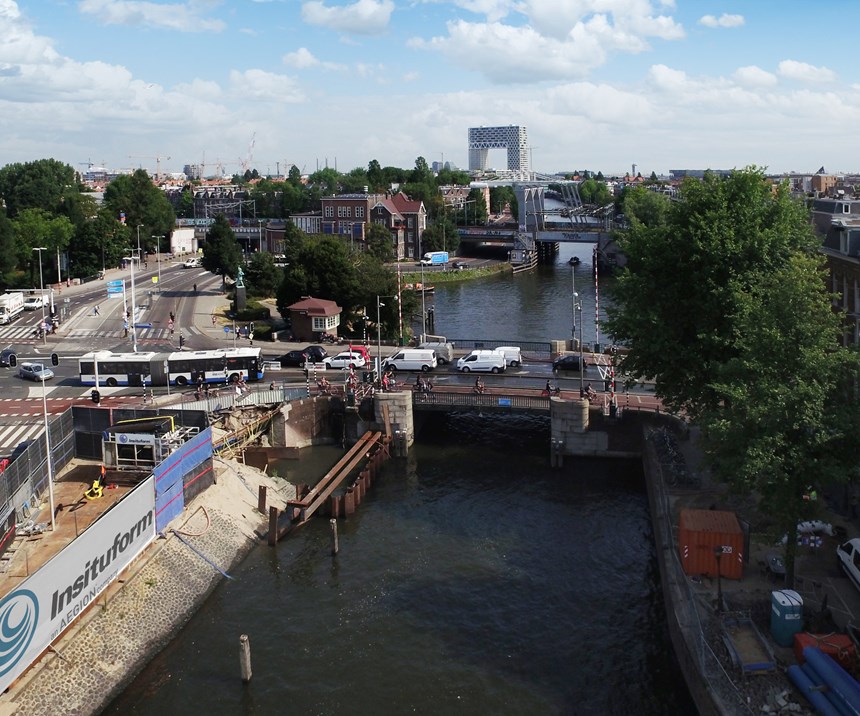 In March 2018, a drinking water supply pipeline in the Nassaukade quarter in central Amsterdam unexpectedly collapsed, along with part of a canal wall. The 50m-long, 600-mm-diameter pipe was a vital part of the city’s infrastructure, delivering potable water to many households in the historic city center.

“The customer initially thought that a new pipe would need to be installed,” says Ton van Geest, research and development manager of pipe relining specialist Insituform Europe (Zoetermeer, The Netherlands) at the time of the project (Insituform is now owned by Aegion, St. Louis, MO, US). “However, they realized this involved major, lengthy construction in a very busy and congested part of the town.” Also, the soil underneath the historic quarter of Amsterdam is relatively soft, and construction projects can be complex to avoid damage to the surrounding historical buildings.

Fortunately, workers discovered a 100-year-old, unused cast-iron pipe beneath the canal waters. They believed the pipe could be converted into a new drinking water pipeline, if it could be made waterproof, pressure-proof and able to carry potable water. Insituform was brought into the project thanks to its InsituMain pipe relining technology. InsituMain, like Insituform’s other products, consists of a composite sleeve, usually glass or polyester fiber and impregnated with uncured resin. After transport to the job site in a temperature-controlled truck, the sleeve is inserted into the pipeline using injected water or air, so that the as-yet uncured resin is forced against the pipe wall. When in place, the sleeve is filled with hot water or steam, which cures the resin to form a strong, leak-free liner within the host pipe.

In this case, because the pipeline would be carrying pressurized drinking water, InsituMain was chosen because the fiberglass-reinforced sleeve is formulated with new, styrene-free, trademarked Beyone 700-T-01 FC vinyl ester resin, safe for food and water contact and supplied by AOC Aliancys Europe (Schaffhausen, Switzerland). “Insituform and AOC Aliancys have been working together for the past five years to develop this robust relining technology,” says Rob van de Laarschot, head of technical service at AOC Aliancys Europe. He adds that the InsituMain liner technology with Beyone resin and fiberglass has been approved by KIWA-ATA (a testing, inspection and certification group that certifies Dutch drinking water).

Insituform relined the 50m-long pipe in only two days, and the renovated system was back in service within five working days. Says van Geest, “The composite pipe provides structural integrity, corrosion resistance and the ability to cope with water pressure fluctuations for many years to come.”