Fig. 1: Effects of chemistry change on emissions — The new formulations (middle and right) generally showed reductions in both VOC emissions and fogging vs. the control (far left), and the formulation with the old stripping-agent technology (second from left). Test sample size was 15 of each formulation. Source: Addcomp Holland BV

Effects of chemistry change on other critical properties — Tensile strength (in flow direction, measured in MPa), and notched Izod impact strength (at –40oC, measured in kJ/m2) were measured for all five formulations (test sample size was 15 of each formulation) to see if there was a change in key mechanical properties of molded parts. Ironically, only Formulation #3 (source reduction/low-VOC masterbatch) did not see changes in these two properties. Source: Addcomp Holland BV

Long fiber-reinforced thermoplastics (LFRTs) are used in widely in the transportation, building/construction, lawn/garden and furniture markets. Molders can use precompounded LFRTs (typically, pellets) in conventional injection molding equipment, a process denoted LFT, or they can add inline compounding (ILC) equipment to injection or compression molding presses, aka direct-LFT or D-LFT (For background on LFT and D-LFT online, read “Reinforced Thermoplastics: LFRT vs. GMT" under “Editor's Picks,” at top right). Produced parts are known particularly for toughness and recyclability, and the materials/processes are recognized for their potential to reduce product cost, part count and overall assembly weight. However, in the transportation and construction industries, compounders, molders and, notably, additives suppliers, face new pressures (in some cases, new regulations) to improve interior air quality by reducing emissions from polymeric materials. That has spurred research into additive technologies. 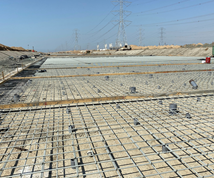 Many pathways for release

VOCs can be released from molded LFRTs in many ways, depending on the base resin, molding process, additives and reinforcements, as well as decorative or functional post-mold treatments, such as primer/paint, paint films, scrims, adhesives and carpet/fabrics. In the end-use environment, temperature cycling, UV/chemical attack and aging can contribute to the release of substances that compromise interior air quality. “Air quality” here goes beyond the regulatory context: The culprit can be unregulated substances with odors that bother chemically sensitive individuals, or substances that cause visual disruption in the finished product because they fog instrument lenses or vehicle windscreens/windshields.

In some cases, what is volatilizing are residues of monomers, starters, catalysts, emulsifiers, actuators and solvents left from base-resin polymerization. Reducing emissions from polymerization is an area of active work among resin suppliers. In other cases, one or more components of the additive package is/are volatilizing, including coupling agents, UV stabilizers, antioxidants, flame retardants, anti-static and slip/anti-slip agents and colorants/pigments. In short, the very chemicals that extend performance and improve reliability, cost/performance ratios and aesthetics of LFRTs also can be the source of unwanted emissions.

Reducing emissions from the additives package

Depending on which masterbatch component is involved, attempts to reduce emissions can inadvertently, but negatively, affect the cost and the performance of the molded parts. Unfortunately, the trend is to tighten not relax air-quality standards, so some additives suppliers are working on ways to reduce VOCs in components of the polymer masterbatch (primarily the stabilization package) and already have achieved some success.

Much work already has been done to reduce VOCs from glass-reinforced polypropylene (PP) LFRT by addressing the purity of the most popular coupling agent, maleic anhydride-grafted polyolefin (MAGPO). Coupling agents are an important class of additive used to improve bonding between, for example, PP or polyethylene (PE) matrices and a variety of long and short  fibers (plant-derived, glass, etc.), improving stiffness, impact resistance and thermal performance.

Research has shown that to maximize MAGPO’s effectiveness as a coupling agent in LFRTs, as formulators seek purity, it’s critical both to maintain high levels of molecular weight and grafting (which increase mechanical performance) as well as to decrease free maleic-anhydride (MAH) levels, which result in VOC emissions.

Achieving these goals has been a challenge, but a new generation of ultrapure MAGPO technology reportedly offers high levels of molecular weight and grafted functionality, providing high composite performance at low loadings, yet has levels of free MAH several orders of magnitude lower than previous technologies (<20 ppm vs. 2,000 ppm for competitive products).

Developed by Solvay SA (Brussels, Belgium), this new-gen MAGPO was acquired in 2008 by Addcomp Holland BV (Nijverdal, The Netherlands) and sold under the tradename PRIEX. Reactively extruded in a facility with ISO/TS 16949:2009 (automotive) certification, the additives undergo additional patented filtering steps that remove free MAH and create a product that is reportedly so clean it meets agency food-contact requirements in Europe and is undergoing agency testing in North America. The formula offers the opportunity either to improve current properties of olefin composites at conventional dosage, or achieve conventional performance at lower doses and reduced cost. Either way, the environmental benefits of very-low free MAH are maintained in molded parts.

Capturing emissions from other sources

Despite the foregoing, pressure is increasing for even lower emissions. In response, Addcomp researchers are exploring emission-reduction strategies for other additive package components. One strategy is to work closely with suppliers to source components with higher purity/lower emissions. This approach was so successful with the MAGPO coupling agent that Addcomp purchased the technology. However, this won’t meet all challenges.  “In cases where VOCs can’t be eliminated at the source ­­— either because of technical limitations or because the component is supplied by another company — a third strategy for lowering overall emissions is needed,” explains Louis W. Martin, president, Addcomp North America Inc. (Rochester Hills, MI, US). “One approach we’ve explored is to use additional additives to capture and flash-off (via stripping agents) or permanently bind up (via adsorbents) residual VOCs left in the additives packaging after extrusion compounding of the additive masterbatch.”

A study of five formulations (Table 1, at left) was conducted at Fraunhofer Institute for Chemical Technologies (Pfinztal, Germany), using D-LFT PP resin, an LGF 800 copolymer with a melt flow index (MFI) of 70 dg/min previously sold by Dow Automotive (Auburn Hills, MI, US) and now marketed by Styron (Berwyn, PA, US). It was combined with a 35% glass reinforcement (PPG 4588 glass rovings; chopped strands ≈25-50 mm going into the tool) from PPG Industries (Pittsburgh, PA, US) and additive systems from Addcomp. All five formulations used the same high-purity MAGPO coupling agent, dosed at 1 wt-%. Although the study did not use the newest PRIEX technology, this product represented proven technology and had a solid use history, making it a reasonable choice, given the other modifications made in the additives package. Each formulation also included a stabilization package that featured carbon black (for color) and an antioxidant stabilizer, dosed at 1.5 wt-%, although some formulations contained other additions to this baseline package.

The control formulation (F1) used the standard stabilization package. F2 used an extra stabilizer, representing an older stripping-agent technology. F3 was a reduced-VOC masterbatch that relied on source reduction, that is, it contained purer components acquired from suppliers. F4 had a newer-generation stripping agent added to its stabilization package. And F5 featured an adsorbent that permanently binds with a variety of VOCs. In total, five masterbatch compounds were formulated, inline compounded into the base resin and then compression molded into test plaques. Standard specimens were cut from each plaque and subjected to ISO-standard VOC/fogging tests (VDA 278) to see if changes in chemistry affected emissions (Fig. 1, at left). Standard mechanical tests were performed to see if formulation changes affected other critical properties (Fig. 2).

Although all five formulations used the high-purity MAGPO coupling agent, researchers found that VOC emissions and fogging were further reduced vs. the control (F1) in F3, F4, and F5. F2 (older stripping agent) was slightly worse in VOCs and fogging than F4 (newer stripping agent). Interestingly, F3 (low-VOC masterbatch), which relied on source reduction alone, had better VOC emissions but slightly worse fogging than F1. Researchers weren’t sure if this was a test error or an unintended interaction with other compound components. The best results were seen in F4 (newer stripping agent) and F5 (adsorbent), with F4 slightly better at reducing fogging and F5 slightly better at reducing VOCs.

The stripping agents in F2 and F4 were designed to bind up and remove non-MAH VOCs via an extra vacuum-degassing step, during inline compounding of the D-LFT charge prior to molding, so its impact would be short-lived, albeit at a critical point when VOCs are more easily controlled. Likely, it would not remove VOCs during subsequent molding, post-mold treatments or part service life. Not all commercial extruders are equipped for vacuum degassing, but for applications where VOC/fogging reduction is important, it might be worth the additional cost.

F5’s adsorbent (an inorganic, micro-porous, organophilic powder) has a large capacity to bind with and permanently lock up VOCs on its surface. Because it doesn’t melt and stays well dispersed without migrating to the part surface and volatilizing (even if the polymer is remelted), it might continue to sequester VOCs throughout the part’s service life. However, further research will be necessary to verify this.

The study demonstrates that source reduction and use of newer stripping agents and adsorbents can reduce VOCs and fogging.

Addcomp’s Martin says the next logical area to explore is possible synergies between the three strategies when employed in the same formula. He reports that work is underway on PRIEX coupling agent grafting levels — initial work is said to look promising, with grafting doubled — while simultaneously further reducing free MAH and VOCs/fogging.