The path to OOA wings with minimal fasteners

A review of the quest to eliminate both the autoclave and mechanical fasteners in composite wing structures.
#ms21 #outofautoclave #trends

This is an online sidebar to the 2021 feature, “Advancing the OOA infused wing box.”

Carbon fiber-reinforced polymer (CFRP) wing box structures have been flying for decades. The first CFRP center wing box was pioneered by Airbus in the four-engine widebody A380, which first flew in 2005. It still used metal components, but 5.3 metric tonnes out of the total 8.8 metric tonnes were CFRP.

The A400M military transport features CFRP wings, as does the Boing 787, Airbus A350 and Boeing 777X. However, all of these structures are produced using autoclave-cured prepreg components assembled with mechanical fasteners, the latter used in place of or in addition to adhesive bonding to satisfy certification requirements for a redundant load path in adhesively bonded primary structures. 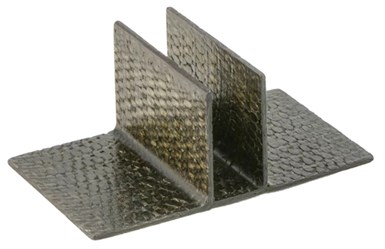 In June 2013, GKN Aerospace (Redditch, U.K.) unveiled an out-of-autoclave(OOA) composite wing box demonstrator, featuring integrally-stiffened skins and four different stringer shapes. The resin-infused parts were assembled using fastener-free, impregnated pi joints. This demonstrator was the culmination of GKN’s OOA Composite Processing Phase II research program. GKN referred to the structure as a “blended wing box”. I’m not exactly sure what this means, but from its shape, perhaps it was a blending of the torque box inside the wing (outer wing box) and a structure that would mate with the center wing box located inside the fuselage.

Also in 2013, the Bombardier CSeries single-aisle commercial aircraft﻿, now the Airbus A220, completed its first flight with the first resin-infused composite wing. The aircraft entered service in 2016. However, the wing was not technically OOA, because the structure is consolidated in an autoclave. This technology, referred to as resin transfer infusion (RTI), was developed by Bombardier Belfast in Northern Ireland, a site acquired by Spirit AeroSystems (Wichita, Kansas, U.S.) in 2020. The wing reportedly achieves a 10% weight saving vs. an all-aluminum wing, as well as a 20% and 50% reduction in CO2 and NOx emissions, respectively.

The A220 wing’s construction — as explained in my 2013 blog, “C-Series composite wing” — features integrally stiffened CFRP upper and lower wing skins, front spar and rear spar, all made using RTI. These parts are mechanically fastened together along with aluminum ribs to form the wing’s 15-meter-long torque box. More details on the wing’s design and manufacture are provided in the 2019 The Engineer UK article, “The wing master: Bombardier’s award-winning aerodynamic production.”

While Bombardier was developing and flying the CSeries wing, the first OOA infused composite wing was being developed for the MS-21 single-aisle jetliner, which had its first flight in 2017. Produced by AeroComposit (Moscow, Russia) for the aircraft OEM Irkut Corp. (Moscow), the MS-21 wing’s construction is essentially the same as the Airbus A220 wing (composite skins and spars mechanically fastened to metal ribs) except the CFRP components are made without an autoclave. Design and production of the wing — measuring 18 meters long and 3.5 meters wide at the root — are detailed in Jeff Sloan’s 2018 article, “Infused wing sheds light on aerocomposites future.”

Notably, MTorres was one of the key suppliers involved with the MS-21 wing development, supplying an automated fiber placement (AFP) system for producing the spar preforms, a CNC machining system for trimming and drilling the CFRP components, and a customized, automated assembly jig. The latter, as explained in Sloan’s article, “is high-precision assembly equipment that allows us to position and fix large-size panels to the pre-assembled structural frame, composed of spars and ribs,” said AeroComposit general director Anatoly Gaydansky.

Note that MTorres has supplied automated assembly equipment to aerostructures and aircraft manufacturers for decades, including systems for wings and fuselages and for a wide range of aircraft manufactured by Embraer, COMAC, and Airbus, as well as for the Eurofighter Typhoon.

As I reread Sloan’s MS-21 article, I noticed several points that I immediately recognized in the IIAMS project described in the main article from which this sidebar is linked. Note, the IIAMS wing box requested by Airbus DS in Clean Sky 2 was to take a step forward by integrating the stiffened lower skin with stiffened forward and rear spars into a single module without fasteners yet retain the use of dry fiber AFP and liquid resin infusion. My first observation is that Gaydansky said “trial and error was a consistent theme” in the MS-21 development. When Airbus issued the 2017 proposal that became the IIAMS project in 2018, it requested “predicting manufacturing reliability” and “speeding up trial and error loops.” Specifically, it demanded a cutting-edge digital system to simulate and perform training in further manufacturing approaches for a resin infused wing box. “The system shall minimize the trial and error loop…but at a very low cost. This approach applies to layup, handling, infusion, heating, cure, inspection, demolding and final operations and treatments.”

Second, Gaydansky noted that achieving “uniform permeability of such a large-sized part as a wing panel was a challenge.” By 2017, MTorres had already unveiled its Torreswing technology, which uses its patented novel dry fiber tape, specifically designed to enable higher permeability for infusion of thicker primary structures and aimed at very low cost for use in non-aerospace applications like wind blades.

Third, Gaydansky pointed out that maintaining tolerances was also an issue, requiring AeroComposit to modify the infusion process and tooling. It also had to overcome springback when a given wing part, after being freed from its tooling, tended to change geometry. This was also a key issue for MTorres in the IIAMS project. “To get the same tolerances in a single-shot, soft tooling process was indeed one of the most challenging parts of the project,” says Sebastian Diaz, senior manager of composite applied technologies at MTorres. “We must hold tolerance at the edges and four corners, which are the hardest parts to wet out during infusion.” To achieve this, the MTorres team developed an infusion process that uses a single resin inlet but three variations of infusion in the single shot, including: (1) the Airbus-patented vacuum assisted process (VAP) which uses a semi-permeable membrane, (2) areas aided with flow mesh and (3) areas that required hard cauls on both sides.

Is it even possible to build a completely unitized wing box? At JEC 2017, a“one-shot” integrated center wing box for the A320 was displayed by Airbus Technocentre Nantes (Nantes, France). The display was actually a half-scale demonstrator, part of a program aimed to achieve a 20% reduction in manufacturing cost. Note that for the A350 center wing box, eight separate CFRP components are joined to form the structural “caisson”. As can be seen at right, the “one-shot,” half-scale A320 demonstrator still used mechanically fastened metal ribs. Composite preforms were provided by Structil and JAMCO and a full-size demo was to be built in 2019. CW never wrote much about this project because Airbus did not respond to requests for more details.

CW did write about the unitized A320 outboard flap displayed at JEC 2013. Detailed in the 2015 article, “Reducing manufacturing cost via RTM,” the 7.4-meter long flap was produced by Airbus Bremen (Germany), which is responsible for the design and manufacture of flaps, spoilers and other high-lift systems (movable wing parts that optimize take-off and landing). The culmination of the Bremen group’s Composite Multispar Flap (CMF) project, the flap was a closed box, produced using RTM and consolidated 26 separate carbon fiber-reinforced polymer (CFRP) components that are mechanically fastened. These included two skins, nose elements plus multiple ribs and spars. However, as can be seen in the diagram of an A320 wing at left below, the outer flap is much smaller than the outer torque box which forms the main structure of an A320 wing.

As I explained in the Feb. 2021 article, “Novel dry tape for liquid molded composites,” the Torreswing technology that MTorres developed was indeed aimed at “composite fuselage and wing technology that eliminates conventional tooling and fasteners during automated fabrication of large, one-piece structures.”

Though it was initially demonstrated on a business jet fuselage, the approach for a wing would be similar, explains Iñigo Idareta, head of MTorres Special Projects. “This includes preparation of precured components to generate the wing-skin mold, which — when placed together — generate geometrically the inner structure of the wing (frames/ribs and spars). Automated fiber placement of dry fiber is then completed over that mold. The approach is similar to what we demonstrated with the fuselage. However, a revision of the wing structural design may be required so that we can include the wing skin stringers and implement AFP over the stringer geometry. This is, as we usually say ‘design-for-automation’ instead of ‘design-for-manufacturing’. After AFP, we then perform infusion of the global structure to get the fastener-less module or component.”

“Of course, there will be many issues to address,” Idareta continues, “but we believe this is a workable solution. The IIAMS wing box project has demonstrated that this technology is feasible for structures of medium complexity, so we see the next step as even larger integration even though the process design may be more complex.”

Sub-components of a wing? “Done,” says Idareta.
Complete wing sections? He responds, “Why not?”
Complete wing structures? “At MTorres,” he states, “the word ‘impossible’ is banned.”
OOA infused wings with truly minimal fasteners may finally be on the horizon.