The markets: Sports and recreation (2015)

Composites are found in products used in 7 of the 10 most popular outdoor sports and recreational activities. Carbon fiber's strong position in this market is strong, but its growth rate will slow.
#spreadtow #braiding 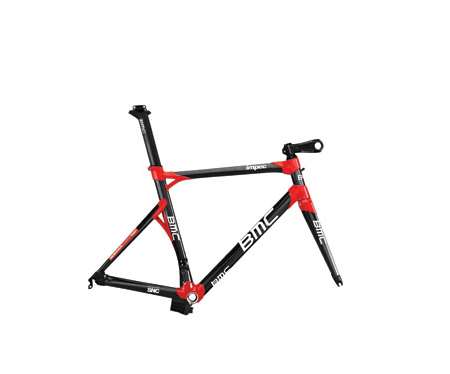 Based in Grenchen, Switzerland, Bicycle Manufacturing Co. (BMC) launched of its production of this 100 percent carbon fiber frame, called the impec, in 2012, with a uniquely high level of automation and process control. BMC is one of many bike manufacturers who now produce carbon and/or carbon/aramid hybrid fiber frames for racing and high-end recreational bicyclists. Read more about BMC's impec frame by clicking on "An impec-able bike frame: Handmade by machine," under "Editor's Picks," at top right.

The introduction of composite hockey sticks in 1999 began a revolution in professional hockey. Composites enabled designers to build sticks 35 percent lighter than their wooden predecessors and perfect once impossible stick designs that have since changed the game. But composite sticks are no longer just for the pros. A notable example is the VAPOR APX stick from Bauer Hockey Inc. (Greenland, N.H.). Launched in fall 201, it tops the company's VAPOR product line, which is one of Bauer’s two lines for the retail market. Read more about Bauer's retail stick by clicking on "Advanced hockey stick design delivers optimal performance," under "Editor's Picks," at top right. Source: Bauer Hockey Inc.

Composites are found in products used in 7 of the 10 most popular outdoor sports and recreational activities. Glass- and carbon-fiber-reinforced composites (alone or in hybrids with other fibers) continue to replace wood and metal in skis, fishing rods, bowling balls, tennis racquets, spars/shafts for kayak paddles, windsurfing masts and boards, hockey sticks, kites and bicycle handlebars, as well as in niche applications, such as fairings for recumbent bikes. Market research firm Lucintel (Dallas, TX, US) estimates that the global sporting goods industry, at retail, is worth US$5 trillion and brings in US $110 billion/yr in the US alone.

Although carbon fiber has a strong position in this segment, Lucintel maintains that use of carbon fiber in the worldwide sporting goods market could see its lowest growth rate during the next 5 years, in terms of dollar shipment. That said, this market is expected to reach US$3 billion in 2018, up from US$1.8 billion in 2013. Notably, the sporting goods segment in China, which is projected by Lucintel in Growth Opportunities in China Carbon Fiber Market 2013-2018 to reach US$408 million by 2018, will consume more carbon fiber (51% of the total) than China’s aerospace and industrial segments combined.

And for more than two decades, carbon fiber has been the choice for lightweight bike frames in the bicycle-racing world. But carbon composites also have migrated into the consumer market. Kestrel USA (Philadelphia, PA, US) minted the first-ever production carbon-fiber bike frame (1986) and the first all-carbon mountain bike frame in 1988. In 2004, the company unveiled a new version of its Talon SL road bike. At $3,699, it isn’t cheap, but its frame weighs in at an astonishingly low 1.09 kg, light even by carbon fiber standards.