Aging infrastructure continues to offer a potentially huge market for composite materials. According to a 2019 report from the American Road and Transportation Builders Association, more than 47,000 bridges in the U.S. are in poor condition and in need of urgent repairs.
#multitudeofmarkets #sustainability #frprebar

Composites offer light weight, corrosion resistance, high strength and long lifespan — qualities that make them a natural fit for infrastructure projects. And while composites are already being used to rehabilitate roads, bridges, water/drainage systems and seawalls, and to build resilient structures, widespread adoption has yet to occur.

Aging infrastructure continues to offer a potentially huge market for composite materials. According to a 2019 report from the American Road and Transportation Builders Association, more than 47,000 bridges of the more than 600,000 bridges in the U.S. are in poor condition and in need of urgent repairs.

Decaying bridges are just one of the infrastructure concerns that have encouraged the development of a number of composites-enabled technologies. The early deterioration of concrete due to the corrosion and failure of steel rebar has been well documented. Conventional repairs could cost billions. In many locales, the useful life of corrosion-prone steel-rebar-reinforced concrete is limited to 25 years, rather than the 75-100 years once promised by its advocates. Therefore, the lifecycle cost advantages, not to mention the safety benefits, of using composite rebar continue to overcome resistance among change-averse municipalities.

Progress is being made. The critical need for bridge designs that can resist corrosion and extend useful life are a big part of growing awareness of the role composites — particularly fiber-reinforced polymer (FRP) — can play in rehabilitating crumbling infrastructure. Projects such as pedestrian bridges are slowly helping to build the case.

For example, Composite Advantage’s (Dayton, Ohio, U.S.) FRP FiberSPAN system was used by the Nevada Department of Transportation (NDOT) to build a shared-use path along Nevada’s State Route 28. The NDOT and the Tahoe Transportation District opened the new Tahoe East Shore Trail in June 2019. Traveled by more than 1 million visitors every year, State Route 28 is a two-lane, mountainside road bordering 11 miles of Lake Tahoe’s undeveloped shoreline. NDOT initiated a shared-use path project to support expectations of doubled traffic over the next 20 years, while protecting the area’s ecosystem and dealing with problems of limited parking at the site and lack of safe access points. Composite Advantage’s FiberSPAN was chosen to meet the demands of constructing a shared-use path on the region’s uneven slopes. Thirty-two 40-foot bridge span sections were installed on an 11-mile section of the path. The spans were grouped to create five distinct bridges, used in areas where the slope was too steep to provide flat walking surfaces. The FRP decks are 134 inches wide and have a 5-inch structural thickness at the thinnest section, with a 1% cross slope. The panels were coated with a 1/8-inch non-slip polymer aggregate surface, and weigh 8.8 psf. The deck weight, including wear surface, curbs and railing, is 12 psf. Specification requirements called for a uniform live load of 90 psf pedestrian loading. Mid-span deflection of the deck is limited to L/500 and the mid-span deflection of the superstructure is limited to L/360. Vehicle maximum loading is rated at H-5 for a rear axle load of 8,000 pounds. Mid-span FRP deflection is limited to L/300, and uplift load is rated at 30 psf (Learn more). 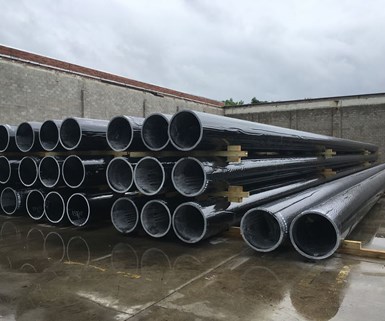 In addition to the bridge decks, Composite Advantage’s offerings include composite pilings and fender systems, which have been used to rehabilitate aging waterfront infrastructure including bridges at a seaside resort at the southern tip of New Jersey’s Cape May Peninsula and the Jamestown-Scotland Ferry Terminal in Virginia.

In other parts of the world, composites use in replacing civil infrastructure continues to advance. In 2019, FiberCore Europe partnered with Sustainable Infrastructure Systems to produce composite bridges in Australia. FiberCore Europe’s InfraCore Inside technology enables composite structures that meet all standards and government requirements while providing a practically maintenance-free service life of 100 years. More than 900 bridges and lock gates — from bicycle and pedestrian bridges to the world’s longest bridge span in composites — have been installed in the Netherlands, Belgium, England, France, Italy, Sweden, Norway, China, the U.S. and now in Australia. (Learn more.) 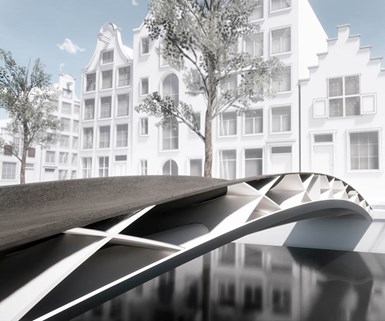