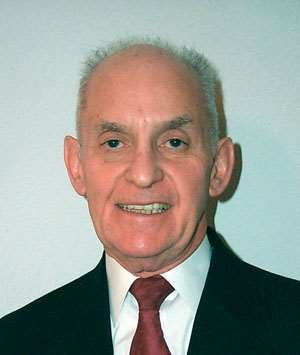 In preparation for testing, typically the upper portion of the test fixture is connected to a load cell in the crosshead of the testing machine, and the lower portion of the fixture is connected to the base of the machine. Of major concern among users of testing equipment are the interfaces between the test fixture and the testing machine load cell and base. When a new fixture is considered for purchase, the question arises: Will it interface with existing equipment?

There is a seemingly bewildering array of connection configurations. One reason is the lack of standardization in the testing industry. Historically, and continuing to the present time, each testing machine and load cell manufacturer has typically selected its own attachment configurations. There are, and have been over the years, a large number of manufacturers that produce these products. Testing machines, in particular, have evolved over decades of progressive design development. Because a given machine can remain in service for 50 years or more, many generations of machines are still in use. Although load cells typically have shorter useful lives, there are more of them to choose from because a given testing machine might be paired with a number of load cells of different styles and load ranges over its lifetime.

Often, little standardization exists within a given testing machine or load cell supplier’s organization. Sometimes this is the result when a company acquires other companies over the years and adopts their products, including their attachment configurations. This gets particularly interesting when a company acquires a foreign company, resulting in an unrelated mixture of metric and English unit configurations. Also — and as they should be — the connections are sized to the load capacity of the testing machine or load cell. Thus, a company that markets a wide range of product sizes will have an equally wide variety of connection sizes as well as various styles of adapters.

The good news is that all of this should not be of major concern to the user because suppliers of test fixtures have addressed these issues many times previously and will be readily available to help. However, the following information and suggestions can make the “connection question” less daunting when purchasing equipment.

An adapter has two ends, of course; one is attached to the test fixture and the other is attached to the load cell or testing machine base. Both ends must be defined. Although the number and variety of sizes is limitless, there are a limited number of basic types of adapter ends in use. A few examples are shown in Fig. 1. Typically, an adapter end is:

Frequently, a user will fail to state whether the adapter end itself is to be male or female. For example, a popular method of connection is that in which a smooth round stud slips into a smooth socket and is held in place with a cross pin. The adapter end can be either the stud or the socket component of the connection. When connections are described, therefore, it is important to clearly indicate whether the hardware under discussion is the adapter itself or the testing machine/load cell end to which the adapter will be connected.

For some applications this “stud-in-socket” connection is sufficient. However, because of clearance-fit requirements, there always will be some play between the stud, the socket and the cross pin. Thus, a threaded lock ring is usually used to snug-up the assembly and provide a rigid connection. The lock ring is threaded onto the base of the stud and, when tightened, pushes against the end of the socket. An example of a stud/socket connection that uses a lock ring is shown in Fig. 2. In this case, the adapter contains the socket.

Whether or not a lock ring is used, the load applied to the connection is transmitted as double shear in the connecting cross pin. Because the cross pin is often the “weak link” in the system, it dictates the strength of the connection. Thus, the size of the stud-socket connection is often defined in terms of the diameter of the cross pin, but nomenclature can present communication difficulties here as well. Years ago, the Instron Corp. (Grove City, Pa.) began to size its adapters using special notation, e.g., Type OO, Type D, etc. As a result, users still frequently refer to adapters by those designations, whether they are fabricated by Instron or not. Fortunately, Instron subsequently adopted more definitive designations. For example, the very commonly used Type D adapter, which incorporates a 0.50-inch/12.7-mm diameter cross pin (clevis pin), is now referred to as a Type ½” Clevis Pin adapter.

Because the cross pin tends to be the connection’s weak link, users frequently ask whether the pin should be fabricated of a very strong material to maximize joint strength or be no stronger than the stud and socket materials. If the latter, the pin will shear when the connection is overloaded, and can be economically replaced. But if the pin only bends, or partially shears, it can be difficult to remove. Unfortunately, there is no simple answer and, therefore, no industry consensus about the best strategy.

Stud-in-socket configurations permit quick connects and disconnects and don’t require rotations. However, be-cause the cross pin carries the full load, high-load-capacity connections require large pins. An alternative is a threaded connection. Various sizes of threaded adapters are shown in Fig. 1. If no rotational alignment is required, the connection is straightforward: the male thread can be “bottomed out” in the threaded hole or against a shoulder on the female part. If rotational alignment is required, for example to orient the test fixture in the testing machine, then a lock ring can be used on the male half of the threaded connection to lock the threads together when it is tightened against a shoulder on the female part. The stud-in-socket configuration also can be useful if small axial length adjustments need to be made.

As noted earlier, threaded connections can be fine or coarse, English or metric, left-handed rather than the more conventional right-handed, and almost any diameter. To avoid frustration, clarity of communication is a must.

As the use of servo-hydraulic testing machines increases, users in greater numbers prefer hydraulic wedge grips to mechanical wedge grips. These grips have either flat or V-groove grip faces and are designed, respectively, to grip flat or round specimens. However, hydraulic wedge grips tend to be much heavier and, therefore, more cumbersome to install and remove. Thus, the tendency is to leave the grips in the machine. This practice, however, limits adapter options to those with a flat blade or smooth rod on one end. Additionally, wedge grip jaws have a relatively narrow range of opening adjustment. This could impose an undesirable upper limit on adapter rod diameter or blade thickness.

In the end, configuring a suitable adapter design can be a relatively straightforward process if care is taken to identify and quantify the mating part configuration. A simple sketch is often very useful for this purpose and can greatly simplifying buyer/supplier communication.