We will see even greater progress in 2017 than we saw in 2016, some surprising, some long awaited.
#airbus #autoclave #bmw 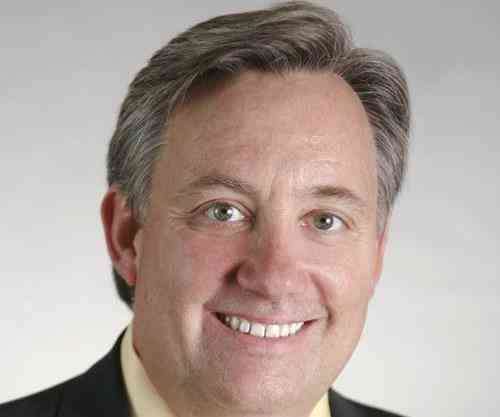 Dale Brosius is the chief commercialization officer for the Institute for Advanced Composites Manufacturing Innovation (IACMI, Knoxville, TN, US), a US Department of Energy (DoE)- sponsored public/private partnership targeting high-volume applications of composites in energy-related industries. He is also head of his own consulting company and his career has included positions at US-based firms Dow Chemical Co. (Midland, MI), Fiberite (Tempe, AZ) and successor Cytec Industries Inc. (Woodland Park, NJ), and Bankstown Airport, NSW, Australia-based Quickstep Holdings. He also served as chair of the Society of Plastics Engineers Composites and Thermoset Divisions. Brosius has a BS in chemical engineering from Texas A&M University and an MBA.

Last month, I articulated that composites technology is advancing at an unprecedented rate, and this will have significant impacts on future adoption. This year, some notable technologies have made advanced composites more affordable: increased automation, reduced cycle times, and the introduction of a carbon fiber made from textile PAN with the properties of industrial fibers made with specialty PAN, which offers the potential for significant reductions in the cost of raw carbon fibers and the resulting composite structures they reinforce. As 2016 comes to an end, I will hazard some predictions about what I think we will see happen between now and the end of 2017.

I say “hazard” for good reason. As we all know, prediction is risky business. Like the weather, things change, and uncertainty can come into play, especially as events like contentious presidential elections and potential economic crises (Brexit, anyone?) are added to the mix. However, based on what I see happening in the marketplace, I think we will see even greater progress in 2017 than we saw in 201 6, someof which might be surprising and long awaited. Although I might miss the mark, or maybe the timing, on some of these, we have to remember that even great footballers like Lionel Messi and Cristiano Ronaldo have less than a perfect record in penalty kicks.

Let’s start with commercial aerospace. I predict either Airbus or Boeing will announce plans to develop a single-aisle replacement (or maybe upgrade) for the A320neo or 737 MAX, featuring carbon fiber wings. This is an extension of the success of the Boeing 777X, which also replaced aluminum with carbon fiber in the wings, and is driven in part by the commercialization of carbon wing technology in the new single-aisle offerings from Bombardier and Irkut Corp. Although the first flight of such a new offering from the “big boys” would still be a couple years away, it would nonetheless spark a great deal of excitement in the industry.

In the automotive world, there has been a lot of speculation that BMW would extend its Carbon Core philosophy used on the 7 Series to the redesigned 2017 version of the much larger volume 5 Series, which was publicly unveiled late in 2016. As of this writing, it does not appear to incorporate carbon fiber. However, I feel that we will see a high-performance (perhaps M Series) version incorporate some level of carbon fiber in 2017. While BMW is more or less expected to do more in carbon fiber, I predict that at least one other European and one major US carmaker will each unveil in 2017 plans for vehicles with a similar multi-material approach — namely, strategic use of carbon fiber in stiffening elements for the body structure, rather than cosmetic body panels. And one of these platforms will be in excess of 100,000 vehicles per year. On the technology side, we will see a major breakthrough in commercial application of automated fiber/tape placement for automotive structures, demonstrating material scrap rates of less than % for complex structures.

In other industrial markets, the wind industry will see its biggest year in history, as the levelized cost of energy (LCOE) harvested from wind closes on that derived from fossil fuels, in some cases besting coal and, in Europe, even natural gas. A record number of composite infrastructure projects will be authorized, because composites will be seen as a cost-effective approach to replace failing bridges, especially in the US. Also, the economics of recycled carbon fiber will be fully validated, with much of the fiber finding its way into consumer products, such as tablet and laptop cases, produced by the millions. Although much of the fiber will be “repurposed scrap” (e.g., dry fiber cuttings from textiles), at least some will be reclaimed from prepreg or cured parts.

Everyone’s hot topic, large-format polymer 3D printing, a subset of additive manufacturing, will find its real value proposition in 2017 for the production of tooling for composites. On the low-temperature end, 3D printing of preforming, trimming, drilling and check fixtures will represent a great market opportunity for tooling companies that are, today, machining these from metals or tooling board. Rapid advances in printing of carbon fiber-reinforced, high-temperature polymers, such as PPS, will see such tools deployed for serial production of autoclave-cured parts, and for low-cost, rapid-prototype tooling for compression and injection molded components.

It all sounds perfectly rosy, right? Not quite. While most composites markets are doing well in 2017 , I think the going could be difficult for composites in the defense, oil exploration and marine sectors, and lukewarm in sporting goods. Of course, I’ll be delighted if I am wrong about these markets. In this case, I’ll happily be the weather forecaster that predicts that blizzard that never comes.