How does the infrastructure industry — and composites in particular — combat more frequent severe weather events and tidal flooding in coastal communities? Columnist Dale Brosius documents the beginnings of that dialogue.
#infrastructure #perspectives-and-provocations #iacmi 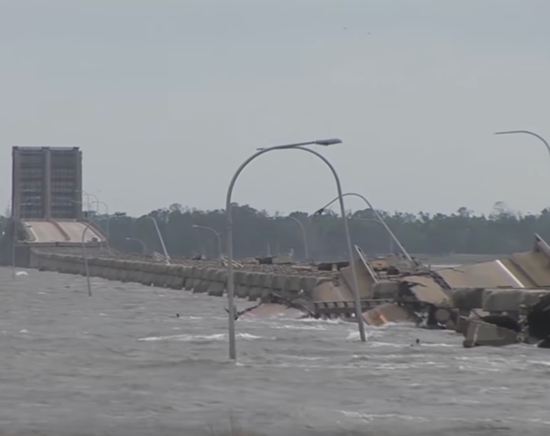 In 1992, Hurricane Andrew wreaked widespread havoc across South Florida, with 175-mph winds leveling neighborhoods, stripping roofs and causing more than $25 billion in damage. The severity of this Category 5 hurricane led Florida to develop the most wind-resistant building codes in the U.S. and was fully implemented for new and renewal construction within 10 years. Less than two years ago, Hurricane Irma swept through Florida, causing severe damage in the Florida Keys, yet causing relatively minor wind-related damage to newer roofs, windows and structures elsewhere in the state. Irma did, however, highlight another major effect of hurricanes: Tidal flooding caused by storm surges, augmented by significant rainfall. This flooding has become another issue to address for infrastructure developers, especially with continuing forecasts of rising ocean levels and more frequent severe weather events. Is it possible Hurricane Irma will lead to new codes aimed at these factors?

“South Florida has always lived with issues of water,” noted Julie Dick, a Miami-based attorney and advocate for South Florida’s water supply. Her remarks were part of a dialogue between government officials, private developers and the composites community, held in late April in Miami’s redeveloped Wynwood neighborhood. The event, titled “Composites Innovation for Resilient and Sustainable Infrastructure,” was organized jointly by IACMI and Mont Vista Capital, a Miami investment firm.

The event featured key individuals from the government infrastructure and investment communities to help clarify pressing needs for addressing issues such as sea level rise, storm effects and more frequent “king tides” (tides well above normal levels), all of which require more resilient infrastructure to continue to provide a high quality of life in desirable areas of Florida — now and for the foreseeable future.

Dick described how the Army Corps of Engineers is working to restore the original water flow patterns of the Florida Everglades to ameliorate coastal flooding and contamination caused by previous Corps projects, and that recent Florida statutes for coastal areas now must consider sea level rise in resiliency planning. Miami architect Reinaldo Borges believes we can take lessons from the Dutch, who have been living with sea level issues for centuries, albeit without the storms seen in South Florida. He notes that some predictions call for up to 6 to 8 feet of sea level rise over the next 100 years, a significant danger for coastal cities everywhere. “Every dollar invested in building resilience yields six to seven dollars back in future savings,” Borges says. “Doing nothing is the worst solution possible.”

Steve Williamson, director of capital improvements for the City of Miami, described the $400 million Miami Forever bond fund (approved by voters two months after Irma), almost half of which will be directed at sea level rise and flood prevention. While these funds will be mainly spent elevating roads and adding pumping stations to return flood waters to the sea, later tranches will be directed to more innovative infrastructure solutions. Samantha Danchuck, assistant director of environmental planning and community resilience for Broward County, which is located just north of Miami-Dade County and includes Fort Lauderdale, says South Florida is already seeing up to 200 days per year of tidal flooding, and that Broward County has more than 400 miles of seawall that need raising to combat future flooding.

What about large buildings erected by private developers? Tyler Krutzfelt, director of investments at Mont Vista Capital, believes private development is less driven by new codes and standards (although noting they are necessary), and more on how composites can improve a developer’s unique selling proposition: “What kind of cool, engaging storytelling technology can we do with composites?” In other words, how do we get resiliency and excitement in the same package?

All the attendees from the composites industry side of the dialogue commented that we really needed to hear “the voice of the customer” that the event provided. In the afternoon, experts from DowAksa, Ashland, Chomarat and Owens Corning showed how composites already rehabilitate roads, bridges and water/drainage systems, build corrosion-resistant seawalls, building walls and other resilient structures, and harden the power grid. While not yet applied widely, we have lots of case studies upon which to build.

Did the event accomplish its aim of stimulating a desire in local officials to turn South Florida into a testbed for leading-edge resilient infrastructure where we turn the many tested examples into a concentrated, large-scale deployment? At this point, it’s too early to tell, but such face-to-face education of both sides needs to continue for composites to be widely commercialized in this enormous and critical market.