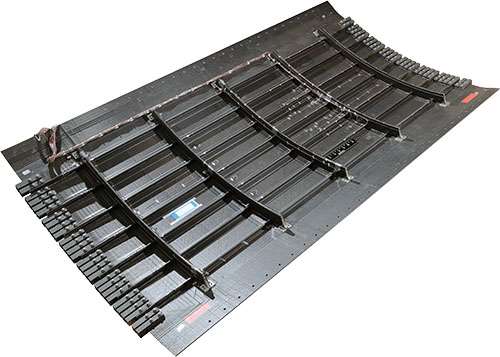 Fig. 2: An exploded view of the individual components that make up the preform assembly. Source: NASA

Fig. 4: Pultruded rods (left, in image), with integral fillet features (shown at top, on right) will be grit-blasted to prepare them for in-situ co-bonding, during resin infusion of the preform assembly. Source: The Boeing Co.

Fig. 5: The MBB assembly, as it will be positioned in NASA’s COLTS structural testing complex. Source: The Boeing Co.

Fig. 6: The MBB box during assembly, with all panels in place. Source: NASA

Since the day aviation innovators first imagined aircraft constructed of aluminum rather than wood nearly a century ago, the basic design of the commercial aircraft fuselage has been circular in cross-section. It has remained so because a cylindrical shape is considered the most economical way to build a fuselage with a pressurized passenger cabin, which permits comfortable, fast and comparatively fuel-efficient flight in the less dense air found nearly eight miles above the earth’s surface. But the cylindrical paradigm is under assault by NASA’s Environmentally Responsible Aviation group (ERA, NASA Langley Research Center, Hampton, VA, US). ERA is exploring new concepts for airframes to reduce weight and improve fuel efficiency, using advanced composite materials.

One paradigm shift is toward a hybrid wing body (HWB), a configuration defined by Dawn Jegley, ERA’s senior aerospace engineer, as the “general term NASA uses for all aircraft where the wing and fuselage are smoothed together with a flatter fuselage section to achieve a more aerodynamic shape.” The passenger cabin, then, assumes a more box-like shape, with sidewalls that are flat, rather than curved (see “PRSEUS preform for pressurized cabin walls” under “Editor's Picks,” at top right).

Since the HWB was announced publicly in 2011, ERA has been working on an innovative stitched composites approach to HWB aircraft (Figs. 1 & 2) as a way to produce a pressurized vessel in a noncircular shape. Known as PRSEUS (Pultruded Rod Stitched Efficient Unitized Structure), the project is now well underway, through a partnership with The Boeing Co. (Chicago, IL, US).

“The PRSEUS concept was born out of the need to significantly improve the structural efficiency and lower the manufacturing cost of composite primary structure for large transport aircraft,” reported Patrick Thrash, an engineer/scientist at Boeing’s California facility (Huntington Beach, CA, US), in his presentation on the subject at CAMX 2014 (Oct. 16-18, 2014, Orlando, FL, US).

The need for a paradigm shift, however, was recognized much earlier. Jegley tracks the PRSEUS concept back to the early 1990s, when NASA worked with aircraft manufacturer McDonnell Douglas under the Advanced Composites Technology Program to develop stitched technology for future commercial transport aircraft wings. After Boeing bought McDonnell Douglas, the program continued, primarily with NASA funding. During this time, a 12.1m long composite stitched wing was built and tested. After the wing program ended, Boeing continued development of the stitched structure and added a pultruded rod through the stringer. When it was established in 2009, ERA selected the stitched structure as the primary structural concept for PRSEUS (see Fig. 2). The PRSEUS concept is taking shape as a 9.14m fuselage center cross-section (Fig. 3), known as a multi-bay box (MBB).

Pultruded rod for strength and tooling

For PRSEUS, pultruded rods are used to strengthen the stringers, the longitudinal elements that reinforce the skin of a wing or fuselage, in the form of bulb stiffeners. “Bulb stiffeners are a different cross-section geometry from hat-stiffeners, and have been used in aluminum airframes,” Thrash explains. However, the use of a pultruded rod to enable a bulb stiffener is an original concept, unique to PRSEUS.

Thrash identifies the solid 9.5-mm diameter rods as Grafil 34-700WD standard-modulus, 24K carbon tow, from Mitsubishi Rayon Carbon Fiber and Composites Inc. (formerly Grafil Inc., Sacramento, CA, US) wet out by PUL6 amine-cured epoxy resin, developed specifically for this purpose by Applied Poleramic Inc. (API, Benicia, CA, US). Although the rods are circular in cross section, each rod has an integral fillet feature at its base. The rods were pultruded by Lawrie Technology Inc. (Girard, PA, US) through a precision steel die and cut to lengths up to 6m for shipment to Boeing Long Beach. There, Boeing postcured them at 177°C for two hours and then cut them to lengths for installation into the stringer preform for the test article panels.

The use of pultruded rods to strengthen airframe stringers is only one innovation in this clean-sheet design for airframe construction. Another is the use of infused oven-cured laminates rather than the conventional autoclaved prepreg historically used in most aerospace structures. Dry, noncrimp fabrics are used to build preforms for out-of-autoclave (OOA) primary structural parts, a technology that is also finding use in forthcoming conventional commercial aircraft (see “Airframers Vie for Shares in Growing Short-Haul Market” under “Editor's Picks”). For the PRSEUS preforms, a multiaxial warp/knit noncrimp carbon fiber fabric was manufactured by SAERTEX GmbH (Saerbeck, Germany) by assembling HTS45 fiber from Toho Tenax Europe GmbH (Wuppertal, NRW, Germany) into a nine-ply construction (±45°/0°/0°/90°/0°/0°/±45°). These stitched, multiaxial fabrics — provided by SAERTEX in roll widths of 1.4m and 2.5m — are the building blocks of the preform that make up the panels for ERA’s fuselage center test article.

The dry fabric construction is supported not only by the pultruded rods but also by foam-cored frame components (illustrated in Fig. 2, p. 23) that fit over the rod-stiffened stringer. The core is Rohacell WF110 closed-cell foam (110 kg/m3) from Evonik Foams Inc. (Theordore, AL, US).

Thrash explains that these foam-cored support elements essentially served as tooling during subsequent resin infusion processing of the final preform assemblies. The stringer, frame, cap and skin elements were assembled into a near-net-shaped 3D preform for each panel and then were stitched together robotically, using one-sided stitching equipment supplied by KSL Keilmann Sondermaschinenbau GmbH (Lorsch, Germany).

Boeing used its Controlled Atmospheric Resin Infusion (CAPRI) process — its proprietary version of vacuum-assisted resin transfer molding (VARTM) — to infuse the preformed structure with Hexflow VRM34 resin, a two-part, amine-cured epoxy from Hexcel (Stamford, CT, US). It was oven-cured under vacuum at 93°C for five hours. After the bag was removed and the part cooled, the panels were postcured at 177°C for two hours.

Boeing assembled the three-quarter-scale, multi-bay fuselage structural test article at its Long Beach facility and the 9.14m wide, 4,536-kg MBB was shipped Dec. 12, 2014, via NASA’s Super Guppy transport airplane, to NASA Langley (Hampton, VA, US). There,  the MMB test article was instrumented and interfaced with NASA’s Combined Loads Test System (COLTS) in March. The system can combine mechanical loads with internal pressure and thermal loads for testing large, curved panels up to 3m long and 2.4m wide, or cylindrical shell structures, such as simulated fuselage sections, up to 13.7m long and 4.5m in diameter (see Fig. 5). At CW presstime, testing was to begin in April. At that point, the MBB will be pressurized to FAA specifications and subjected to flight-load conditions by applying bending loads for either tension or compression. “Bending loads and pressure loads will also be applied simultaneously,” Jegley notes.

Jegley and Thrash make a strong case for cost savings compared to traditional prepreg composite construction, first by use of out-of-autoclave processing, thus eliminating the cost of autoclave operation. Next, dry fabric is faster and easier to lay up and eliminates the time and part-size constraints posed by the limited outlife of temperature-sensitive prepreg and the cost of waste prepreg. Because it facilitates large-part construction, use of dry fiber eases parts consolidation and thus eliminates assembly steps and cost. Additionally, the number and cost of mechanical fasteners and the time and cost required to drill holes and install them can be vastly reduced (panel-to-panel connections still require fasteners). Finally, the risk of structural weakness introduced by holes can be reduced.

He proposes that the next step forward is automation and industrialization of the processes to achieve the production rates necessary for commercial aircraft construction. Moreover, new tooling designs and next-generation materials that will improve on those currently used in the MMB now under preparation for testing must be determinedly pursued. In terms of materials, says Thrash, the project must aggressively target noncrimp fabrics with functional interlayers and toughened resin systems. Finally, he urges the “implementation of the technology onto an actual piece of flight hardware” as the means to “obtain experience, build confidence and gain acceptance by program management for broader use on future airframe applications.”

Implementation of PRSEUS on commercial aircraft, however, is not expected before 2025. Man-rated commercial flight innovations necessarily consume many years of development, testing and qualification to protect the flying public and military personnel. But in this case, there is precedent for success, in the so-called flying-wing design developed by Northrop Grumman (Falls Church, VA, US) for its B2 bomber, and in Bombardier’s dry fabric, OOA wing construction for its new CSeries regional jet. Reduced manufacturing cost and better fuel efficiency clearly are goals airframe OEMs are pursuing and outcomes airlines and military procurement agencies can all embrace. The concept is, therefore, not only intriguing, but will probably prove to be both doable and worth doing.