CW contributing writer and composites industry consultant Dale Brosius, who presently serves as chief commercialization officer for the Institute for Advanced Composites Manufacturing Innovation (IACMI, Knoxville, TN, US), imagines an automotive world where composites are king, then — more realistically — calls on the industry to resolve to make it capable of worthy service.
#iacmi #bmw 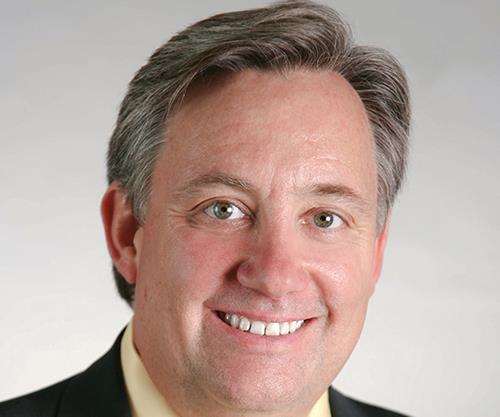 Dale Brosius is the chief commercialization officer for the Institute for Advanced Composites Manufacturing Innovation (IACMI, Knoxville, TN, US), a US Department of Energy (DoE)-sponsored public/private partnership targeting high-volume applications of composites in energy-related industries. He is also head of his own consulting company, which serves clients in the global composites industry. His career has included positions at US-based firms Dow Chemical Co. (Midland, MI), Fiberite (Tempe, AZ) and successor Cytec Industries Inc. (Woodland Park, NJ), and Bankstown Airport, NSW, Australia-based Quickstep Holdings. He served as chair of the Society of Plastics Engineers Composites and Thermoset Divisions. Brosius has a BS in chemical engineering from Texas A&M University and an MBA.

The start of a new year provides all of us the opportunity to reflect upon the previous one and make resolutions about what we want to achieve in the coming 12 months. That’s not only true for us as individuals, it’s true for us as members of the composites industry. In 2015, we can say that the US got a new composites institute in the IACMI, in Europe BMW introduced the new 7-Series with a clever mix of steel, aluminum and carbon composites, and we saw solid progress in composites for commercial aircraft on several continents. However, upon reflection, proliferation is slower than we would like. So what can we resolve to do? How do we make 2016 a watershed year for composites, one we look back on a decade from now as a year in which the composites industry’s momentum really accelerated?

Recently, I stumbled across a blog called Wait But Why? (www.waitbutwhy.com), written by Tim Urban, who is quite self-deprecating and uses a lot of cartoonish illustrations to accompany his prose. (Warning: there is some profanity, although it flows without being vulgar.) Urban comments on a wide range of subjects, but in the past few months, he has written a series of very long posts about Elon Musk, as well as Tesla and SpaceX, the companies Musk established, respectively, in the automotive and aerospace industries. 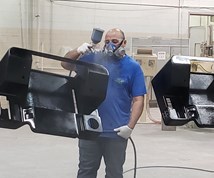 There is no question Urban is a huge admirer of Elon Musk (confession: I am also, but I wish Musk would push harder to get more composites on Tesla automobiles like he has on his launch vehicles at SpaceX). Although Urban’s posts paint Musk as a unique force in these and other industries (arguably so), his additional insights are what grab me. In one post on Tesla, he does a great job telling the story of automobiles as well as the story of energy — and does so in a thought-provoking way. His more recent post, titled “The Cook and the Chef: Musk’s Secret Sauce,” is a treatise on what makes Musk special. In it, Urban says a lot about human tolerance for risk (and failure) and how we limit ourselves as to what’s possible, partly because “we are trapped by our own history.” He provides a great quote from physicist Stephen Hawking: “The greatest enemy of knowledge is not ignorance, it is the illusion of knowledge.” The moment we think we know what’s possible, we immediately limit our chance to truly innovate.

What if we could flip the script and envision a world where composites, both fiberglass- and carbon fiber-based, were the incumbent materials for airplanes and vehicles, and had the benefit of a couple of centuries of development? Along comes this relatively new material, only five or six decades since its invention — let’s call it “steel” so it has a name — and its manufacturers want to see it used in large-volume markets, perhaps automobiles. Now, steel’s big advantage is that it costs half as much as composites. (Note: In our flipped scenario, composites enjoy economies of scale because they are produced in volumes 1,000 times that of steel, so the costs have been largely wrung out over these many years — yet, steel is still cheaper).

In our flipped scenario, as auto manufacturers begin to evaluate the value proposition this lower-cost material brings, they start to observe some drawbacks, and these raise questions: Steel is … heavy. If my body-in-white and closures now weigh twice as much as today, that means I have to put larger and heavier engines/batteries/brakes/springs/etc., in my vehicle in order to move it and stop it, correct? Oh, and we have to coat this steel with a zinc material and then dip it in epoxy and bake it at 200°C so it won’t corrode? Hmmm … that means a lot of my other materials on the vehicle will have to be replaced because they can’t survive the bake temperature. And we don’t understand how this steel will behave in a crash — will it be as safe? And while we might be able to sell our cars cheaper than our competition after all that, our customers would have to spend twice as much for fuel, and our cars would emit more pollution. Certainly, our customers would be happy to pay less up front — so … maybe they wouldn’t notice those higher lifecycle costs? Maybe …. lots of maybe.

Enough fantasy. The truth is, we are, in general, on the outside, trying to work our way in. In aerospace, there is still work to do to improve the value proposition for single-aisle aircraft. In automotive, the multi-material vehicle is fast becoming reality and it’s up to us to make sure a solid share of those materials are composites. I think 2016 is the year to stop being trapped by our history and resolve to move the needle on the gauge toward composites, in a big way.