“Intelligent Lightweighting”: A strategy that works

A CW columnist and the chief commercialization officer for the Institute for Advanced Composites Manufacturing Innovation (IACMI, Knoxville, TN, US), Dale Brosius suggests a realistic approach as carbon fiber competes with aluminum and steel for the future of automotive manufacturing
#outofautoclave #adhesives #bmw 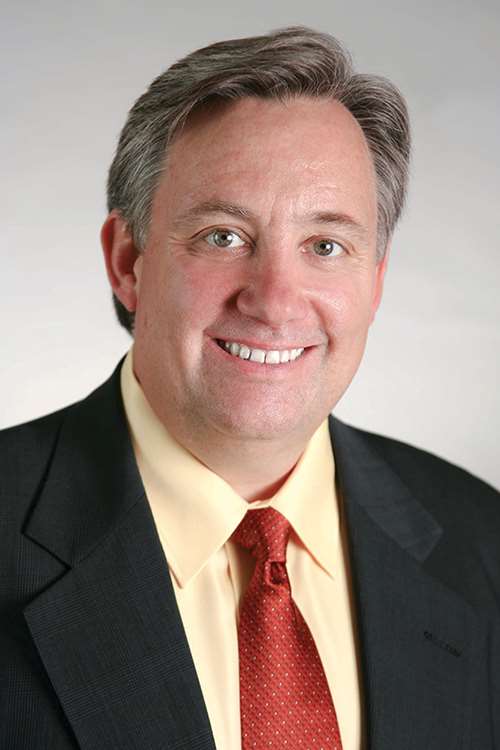 Dale Brosius is the chief commercialization officer for the Institute for Advanced Composites Manufacturing Innovation (IACMI), a DOE-sponsored public-private partnership targeting high-volume applications of composites in energy-related industries including vehicles and wind. He is also head of his own consulting company, which serves clients in the global composites industry. His career has included positions at US-based firms Dow Chemical Co. (Midland, MI), Fiberite (Tempe, AZ) and successor Cytec Industries Inc. (Woodland Park, NJ), and Bankstown Airport, NSW, Australia-based Quickstep Holdings. He served as chair of the Society of Plastics Engineers Composites and Thermoset Divisions. Brosius has a BS in chemical engineering from Texas A&M University and an MBA.

In mid-September, I was a panelist in a discussion on vehicle lightweighting strategies at the inaugural Kentucky Automotive Industries Assn. (Frankfort, KY, US) AutoVision Conference (held Sept. 14-15). A week earlier, I had chaired the 15th annual Society of Plastics Engineers Automotive Composites Conference and Exhibition (SPE ACCE 2015, Sept. 9-11, Novi, MI, US), which drew record attendance and participation from the automotive composites value chain, so I was pretty enthused coming into the AutoVision panel session. My job on the three-person panel was to represent the composites perspective in the discussion on lightweighting, while representatives from ArcelorMittal Inc. and Novelis Inc., two of the leading suppliers of sheet steel and aluminum, respectively, represented those positions. It was an interesting discussion, and I came away with several insights. One, we all agree that the vehicle body-in-white (BIW) of the future will be multi-material, meaning that steel will lose some share to aluminum and composites. Second, the aluminum industry sees itself as “the new kid on the block.” If aluminum is the new kid, what does that make advanced composites? Embryonic, perhaps?

At the SPE conference, a carbon fiber-intensive BMW i8 was on display, allowing visitors to see the extensive application of advanced composites in BIW fabrication. BMW’s Stefan Stanglmaier delivered a keynote address there on the i-Series platform and more recent work in developing local reinforcements for carbon fiber parts. Two years ago, I questioned if any other OEMs would follow BMW’s lead in this area of building carbon-intensive vehicles and, so far, none have. It also appears that BMW has used the experience to move away from this philosophy toward a multi-material approach for BIW, as evidenced by its latest 7-Series, which features approximately 15 strategic components in carbon fiber, including the rocker panels, roof bows and rails, rear package shelf and local reinforcements for the B- and C-pillars and transmission tunnel. The doors and decklid, along with other parts, are aluminum for the first time. BMW touts an overall mass savings of 111 kg, some of which comes from secondary effects of lightening the structure. Because composites are more expensive, this use of carbon fiber where it provides the most benefit with minimum cost penalty, represents what I call “intelligent lightweighting,” and it’s where the automotive industry is heading.

The question before us is this: What portion of this future will belong to advanced composites? There are many issues we must address before we’ll see widespread adoption on higher volume platforms. Primary is speed of manufacture. Metal-stamping lines punch out parts every 10 seconds. We are quickly moving toward composite parts in a few minutes, which is a good first step. But material scrap in today’s processes, such as RTM and prepreg stamping, must be significantly reduced, perhaps with rapid fiber placement technology. This will, in turn, reduce not only costs but embodied energy as well. Not every component is a candidate for cost-effective substitution. What shapes make the most sense? And where can we achieve meaningful parts consolidation? Optimized part design to minimize weight needs attention, especially the simulation of significant events, such as crash performance. Components that connect to many other parts, especially via fasteners, may be better suited for metal, but joining and bonding these to composite structures requires development. Composite parts also will have to be integrated into existing assembly lines, which may include high-temperature electrodeposition coating steps, necessitating higher Tg resin systems. Finally, effective repair strategies also must be crafted.

I believe the biggest hurdle will be developing a supply chain for these many components. BMW will need about 1 million carbon fiber parts per year for the 7-Series alone, assuming a yearly build rate of about 75,000, and it has that supply chain set. If a similar strategy can find its way onto only 10% of the world’s 90 million annually produced vehicles, this represents 135 million parts per year. Taken further, if each of these vehicles uses 20 kg of carbon fiber (perhaps a reasonable assumption for the 7-Series), this is an additional 180,000 MT of fiber demand. The last I looked, the current global consumption of carbon fiber for all applications is less than 80,000 MT, so at least a tripling of world capacity would be required — a daunting task for our industry, but a great opportunity to move advanced composites forward. It’s still a relatively small displacement of metals, which might explain why my fellow panelists didn’t seem overly worried about their future….