What started as a demonstrator vehicle for a new recreational vehicle show, the Sonic X carbon composite-skinned travel trailer with solar panels and onboard water-filtration system won so many awards in 2019 and achieved so much customer, dealer and media attention that its developer, KZ Recreational Vehicles, decided to produce a commercial version of the greener camping trailer. Source | KZ Inc.

After 55 years, the Recreational Vehicle Industry Assoc. (RVIA, Reston, Va., U.S.) canceled its long-standing fall RVIA show in Louisville, Ky., U.S. In its place, the group developed a new spring event (the RVX show) focused on concept RVs and designed to move to a different city each year. The first show was held in Salt Lake City, Utah, U.S., in March 2019.

A few months before that event, a team at KZ Recreational Vehicles (K.Z. Inc., a subsidiary of Thor Industries Inc., Shipshewana, Ind., U.S.) gathered for a day-long brainstorming session to decide what kind of prototype to develop for the show. With members from engineering, marketing, sales, manufacturing, purchasing and management, the team wanted to make a big splash and create a memorable concept RV for their display. The result of that exercise was a more sustainable travel trailer — sporting carbon fiber composite skins, roof-mounted solar panels and an on-board water purification system that converts lake or stream water into safe, potable water. The unit was called Sonic X and was a hit at the show. It garnered so much dealer and consumer attention, and won so many awards since, that the company has begun commercial production of this tow-behind camping trailer, which, depending on model, can sleep four or eight people.

Durability and longevity are two important factors when designing an RV — and are factors where composites, of course, excel. One of the interesting features about camping trailers is that multi-generational family ownership is common, which is unusual in most types of equipment outside of farming. For this reason, it’s also desirable for materials to be consumer repairable. Despite the longevity of campers, the U.S. market for these units is relatively large and growing. Just in the U.S., total production between Jan. 1 and Sept. 19, 2019 for travel trailers (which tow from the rear hitch of pickups/SUVs and are the highest-volume RVs) was 261,655 units. That number doesn’t include fifth-wheel camping trailers (which mount into a pickup box), toy trailers (which also are hitch mounted and house humans plus dirt bikes/off-road vehicles), or larger self-propelled motor homes. And the overall market just keeps growing.

An RV coach’s exterior envelope sports significant composite content. Sidewalls are built by cutting and bonding composite rollstock onto an underlayment comprising Luan plywood, or glass-mat thermoplastic (GMT) composites, or a combination of both using urethane structural adhesives. That sandwich is then bonded to the coach’s aluminum frame, which is filled with expanded polystyrene (EPS) foam, in turn increasing the frame’s structure and providing both acoustic and thermal insulation. Composite rollstock itself comprises five layers (nominal wall 1.1-1.7 millimeters thick) of chopped, randomly oriented fiberglass mat impregnated with unsaturated polyester resin and faced with veils (to reduce fiber prominence), then finished with high-gloss gel coat plus protective liner. The rollstock — which is cut to custom heights for each manufacturer and model but typically ranges from 10.5 to 110 inches (27 to 280 centimeters) — is rolled and supplied in 600-foot (183-meter) coils. A similar composite product is used for the roof membrane, but sports a pebbled surface without gel coat. A corrugated underbody shield — comprising two face skins attached to a sinusoidally curved core, all in high-density polyethylene (HDPE) — is bonded to the bottom of the RV, providing insulation and preventing debris and stone chips from damaging tanks that hold fresh and waste water for the unit. There also are composite flooring products used inside the RV, as well as HDPE sheeting that forms the interior side of doors, which are faced with more fiberglass composite rollstock. The majority of trailer skins are still white, although various colored products come into and out of favor as with other transportation industries. Most units are still largely hand built with little online automation.

When KZ team members brainstormed the RVX demonstrator, their goal was to create an eye-catching model with a “cool factor” that highlighted company capabilities, recalls Dave Boggs, general manager of Venture RV, a division of KZ RV. “That’s what led to the decision to replace traditional fiberglass skins with skins of woven carbon fabric, because carbon fiber is so cool.” Others in the meeting suggested adding solar panels and battery packs to power entertainment and air conditioning (AC), plus an on-board water purification system should someone wish to go off-road/back-country camping or be unable to secure a spot in a campground with electrical and water hookups. “One of our managers even suggested adding a fishing rod or gun safe, and everyone got excited,” recalls Boggs. “The ‘can-do spirit’ definitely shone through on this project.” Like the solar panels and water-purification system, the carbon fabric skins on the demonstrator had not been used before and would definitely attract attention. Everyone dove in to produce the demonstrator and show it to its best effect at the RVX show.

According to KV RV, the prototype caught the attention of dealers, consumers and media at the show. “Thanks to publicity we did at the show and media pickup not only in RV magazines but also on cable TV, when we got back, we started getting lots of requests for more information — from dealers, consumers and media,” explains Boggs. “That’s when we realized there was demand out there that we hadn’t seen before … that no one in our industry was capturing.” (See side story below)

In response, KZ developed a questionnaire and sent it to dealers and consumers who expressed interest in the Sonic X — something that Boggs says represents a paradigm shift in the RV industry. “Normally RV producers develop products they think customers will like and sell them to dealers, who then do all the marketing with some advertising support from companies like us,” he explains. “It’s unheard of for us to get customer feedback before we make something and then push customers to dealers to buy product.”

While it upended the industry’s traditional marketing approach, feedback proved highly insightful as KZ considered producing a commercial version of the demonstrator. For example, consumers pointed out that while carbon fiber composite skins looked “cool,” a black-sided RV would be impractical in the hot, sunny climate of the southwest U.S. where tourists often camp. Also, as the team started exploring the cost of those skins, members realized carbon fiber would price the product out of reach of most consumers. “With the features we’d already planned for the Sonic X — like solar panels, water purification and an upgraded interior — we were looking at a unit that was $20,000 over a comparable-size Sonic trailer costing $27,000,” explains Boggs. “And when we traded fiberglass for carbon skins, it added another $20,000 to that price. We also realized that it would be hard for consumers to make field repairs to the carbon skins, whereas they’re used to making minor repairs to our traditional fiberglass skins.” Using this feedback, KZ RV reverted to less expensive and field-repairable fiberglass composite skins as they worked to develop a production-ready model of the Sonic X.

Pushing the supply base

With both prototype and production Sonic X models, KZ’s team worked closely with suppliers to source a growing list of custom components — some which required long lead times to acquire. 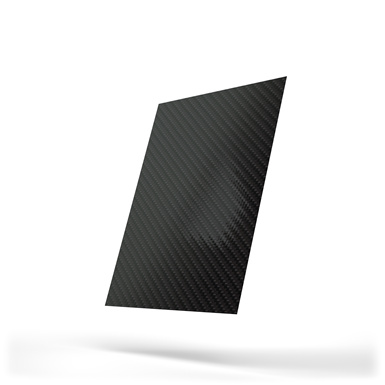 The first commercial Sonic X RVs rolled off the assembly line late in 2019 and already are on their way to customers and dealers wishing to tap into the new trend in “greener” camping. Source | KZ Inc.

While the prototype sported six roof-mounted solar panels and nine on-board lithium ion batteries, the production units have four solar panels and a more costly, but smaller and higher-capacity, lithium ion battery. Commercial units will be equipped with a new low-profile, energy-efficient air conditioning unit that can run for five hours on battery backup. The team also needed to take a different approach to attaching the composite roof system so solar panels could be wired in.

The team also decided to attach a bicycle rack and a custom vertical rack capable of securing two kayaks or canoes to the back of the RV, but that custom rack took a year to design and build.

“Our suppliers cater to conventionally built trailers,” explains Boggs. “On this project we’re using a lot of new parts, and we’ve been pushing our suppliers to not just think but also operate outside the box. What we’ve all learned is that just because people haven’t done it before doesn’t mean it can’t be done.”

In 2019, the Sonic X prototype won three major awards in its industry. It was named “City Escape 2019” at the RVX show in March; it won "Best of Show” from RV News magazine and it won “RV of the Year” from RV Business and Trailer Business magazines, and Rolling on TV. Plus, it launched what the company hopes will prove to be a lucrative new type of travel trailer.

With onboard water-purification system and solar panels plus batteries, plus racks for kayaks and bicycles, the Sonic X is as ready for off-road/back country camping as for a conventional RV park with water and electric hookup. Source | KZ Inc.

Boggs says knowing what he knows now, he wouldn’t change anything. “It’s been a great learning process, even if we took some wrong steps, and the response we got has been so much greater than we expected,” he adds. Looking forward, he hopes to hold more focus groups with customers and more meetings with suppliers of other composite technologies that could be used throughout KZ’s trailers.

What can composites suppliers do to help the RV industry? “Just help us understand what’s out there and how we can better use composites to lighten up our trailers and make them more durable and more generational,” adds Boggs.

Side story: Expanding a sustainability trend

Automaker General Motors Co. (Detroit, Mich., U.S.) — which already offers several passenger cars in hybrid-electric (HEV) and plug-in electric vehicles (PEV) formats — and startup automaker Rivian Automotive LLC (Plymouth, Mich., U.S.), are both close to commercializing the auto industry’s first PEV pickups. Rivian also is completing work on a PEV sport-utility vehicle (SUV). A growing number of North American, European and Asian automakers already offer some combination of HEV and/or PEV models, with more models being added in the next five years. Although EVs have yet to meet sales targets the industry had hoped for, most OEMs acknowledge that fleet electrification is coming — soon — as concern over global climate change and government mandates for better fuel efficiency and/or reduced tailpipe emissions phase into effect in many geographies. As KZ discovered, along with the trend for more sustainable electric vehicles, there is demand for more sustainable camping options, too.