Cobra Aero's metal 3D printer has been running "practically non-stop" since it was purchased last year. Two major wins for this process.

Sean Hilbert, president of Cobra Aero, may have taken a bit of a gamble on this metal 3D printer — but since installing the machine last year, the company has found many valuable uses for this technology.

When Cobra Aero first looked into getting a metal 3D printer, it wasn’t obvious that the machine would pay for itself. “When we first did the math, we had to kind of fudge things a bit,” says Sean Hilbert, president. But Mr. Hilbert had the foresight to realize that the best uses for 3D printing might not be immediately apparent. He took a gamble that the company would find enough opportunities with 3D printing to make the investment worthwhile — a hunch that has undeniably paid off.

Cobra Aero is a drone manufacturer in Hillsdale, Michigan, where it is co-located in a facility with sister company Cobra Moto. Cobra Moto is an OEM of youth motocross bikes, and its expertise in building the small engines needed to power them helped lay the foundation for the drone business. Since its launch, Cobra Aero’s focus has been on producing engines for unmanned aerial vehicles (UAVs) such as surveillance drones.

The challenge that Cobra Aero faces — producing small, powerful engines — is very similar to that faced by its sister company. But with drones, the weight and efficiency of an engine becomes even more important. The need to produce lightweight, durable and efficient engine components was key to the company’s metal 3D printer purchase. In 2019, Cobra Aero added a Renishaw AM400 selective laser melting (SLM) system to help produce these components. The move may have been a leap of faith, but it’s one that has already provided several valuable improvements to these engines, just two of which are outlined below.

Reimagining a cast engine cylinder (left) for 3D printing led Cobra Aero first to a similar design, and then to something radically different.

One of Cobra Aero’s earliest 3D printing applications was an attempt to replace a casting, the cylinder for its drone engines. The original part featured fins to help dissipate heat and cool the motor in operation. While the design worked, Cobra wanted to see if it could be improved, first by 3D printing a similar design with more fins, and finally by abandoning fins altogether and opting for a lattice-based cooling strategy.

The final cylinder design (right, above) looks drastically different than the original, which allows it to not only be made more easily with additive manufacturing, but to be lighter and provide better cooling.

You can learn more about this application in this episode of “The Cool Parts Show,” sister brand Additive Manufacturing Media’s series on innovative 3D printed parts:

Since we covered Cobra Aero in “The Cool Parts Show” episode above, the company has not slowed its 3D printing work. In fact, a lull in business due to the coronavirus pandemic has provided the time and space to help accelerate it.

The exhaust system seen below is another example of a component that has been redesigned for AM.

On the left, Cobra Aero’s drone engine, with the printed finned cylinder and original 13-piece exhaust system. On the right, the redesigned exhaust 3D printed as just one piece. Photo: Cobra Aero

The original exhaust system (installed on the engine, left) is made up of 13 machined parts and weighs about 400 grams. Cobra Aero has been able to redesign this component into just one 3D printed part (right) that weighs 100 grams less. On top of that, the new exhaust system is quieter, thanks to design improvements that were possible with the 3D printing process.

Learn more about the redesign in this follow-up episode: 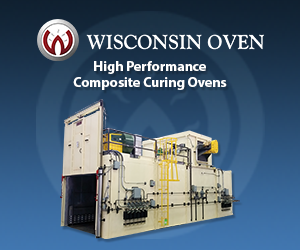