Concrete slabs and aluminum composite panels were the initial options for the curved support facade structures on the Heritage residential building in São Paulo, Brazil, which was designed by renowned design studio Pininfarina (known for designing Ferrari cars). Construction company Cyrela (São Paulo) eventually determined, however, that the concrete slabs were too heavy and aluminum was not able to easily achieve the curvatures desired, as each part had to be built from several smaller pieces joined together. 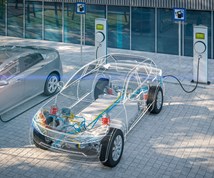 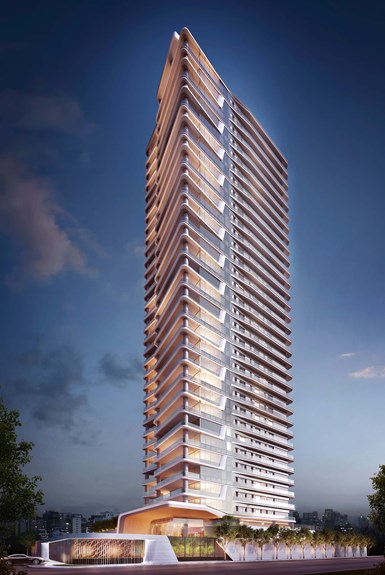 The composite structures were designed to serve as frames for each of the 33 building floors, as well as a few additional structures to install in building common areas, Gatron produced 3,000 square meters of composite frames, composed of biaxial fiberglass fabric infused with polyester resin supplemented with self-extinguishing additives in accordance with São Paulo’s fire codes. Each of the frames was painted with a polyurethane-based paint like that used in the automotive industry.

One of the largest curved frames for the project measured 4 meters tall and 6 meters long. To compare, the weight of the composite part was 250 kilograms, but the same part weighed 1.5 tons in concrete. Composites also enabled longer panels than aluminum composite material.

Composites also enabled needed precision. One of Cyrela’s requirements was that the frames could only allow a maximum 2-millimeter gap between the frame and other facade elements. “Due to the high dimensional stability typical of composites, we [were able to] perfectly align the pieces with the railings and the glass skins on the balconies,” says Basílio. She adds that, to make sure this goal was met, Gatron first built and validated a prototype at its factory before starting manufacture of the final structure.

“This work allows us to show Brazilian architects that composites are excellent allies to execute any type of facade,” says Jean Zolet, director of Gatron. “[Composites also add] additional benefits to the freedom of design, such as lightness, durability and cost reduction. This project is a milestone for the Brazilian composites market.”