} Coal as an avenue to low-cost carbon fibers | CompositesWorld

Coal as an avenue to low-cost carbon fibers

Low-cost pitch source The University of Utah (Salt Lake City, UT, US) is one group working on converting ordinary mined coal (rather than coking coal) into pitch that can be spun to form low-cost carbon fiber. This photo shows coal mined in Utah prior to pyrolysis and tar extraction. Source: Utah Business Magazine (10/26/17)

Making carbon fibers from coal is not new. Since the 1960s, production processes for these pitch-based carbon fibers have been investigated, developed and commercialized by numerous entities, including Mitsubishi Chemical Carbon Fiber & Composites Inc. (Tokyo, Japan) and Nippon Graphite Fiber Corp. (Hyogo, Japan). Mitsubishi’s high-performance DIALEAD fiber, for example, is considered by many as essential to the success of many zero-CTE- and stiffness-critical aerospace and space projects.

What is new is that, within the past year, several projects have sprung up, with two purposes: 1) find new uses for coal that don’t involve power generation, thereby reducing carbon emissions while preserving miners’ jobs, and 2) convert this low-cost, carbon-rich precursor into useful, low-cost fibers suitable for non-aerospace applications. CW talked to two groups about their efforts and their progress to date. 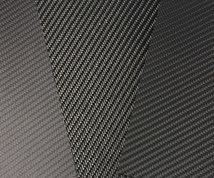 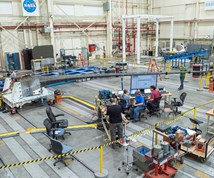 For two centuries, coal has been the source of useful organic chemicals and products, including dyes, explosives, medicines and more — for instance, coal gas was a source of illumination, before the advent of electric lights. Perhaps the most strategically important use of coal, however, has been as a carbon source, called “coke,” for steel-making — coal with relatively low ash content and high carbon content, termed metallurgical coal, is the highest and most expensive grade of coal, and is converted to coke by heating it in ovens to drive off water and volatiles prior to its addition to the furnaces used to convert iron ore to steel.

As a carbon fiber precursor, coal is very different from the more widely used polyacrylonitrile (PAN) polymer (see the Side Story below). Don Collins, CEO of the Western Research Institute (WRI, Laramie, WY, US), notes that coal contains up to 30% water, comprising a variety of carbon compounds, heavy metals and minerals: “Coal contains hundreds of thousands of complex molecules, encompassing a wide range of molecular weight and solubility.”  He explains that precursor (liquid) material from coal can be produced by standard pyrolysis, coal gasification (with the gas converted back into liquid), or direct liquefaction using heat, pressure and solvent extraction.

The existing commercial coal pitch-based fibers are made from the high-end, metallurgical coking coal, with fewer impurities than typical coals, to produce their high-property fibers, using proprietary heating and refining steps, adds Charlie Atkins, director of development at Wyoming iPark (Sheridan, WY, US). Atkins’ firm is working with WRI, mining company Ramaco Carbon LLC (Sheridan, WY, US) and a group of firms within the composites industry as part of a three-year, US$6 million US Department of Energy (DoE) cost-sharing project (announced July 2017) under the Integrated Computation Materials Engineering (ICME) umbrella to develop low-cost carbon fiber from a variety of low-cost feedstocks and precursors, including typical, non-coking Wyoming coal, with the goal to make carbon fiber with less energy at a lower cost. Atkins has a long history with pitch-based fibers, given that his father Orin Atkins once headed Ashland Oil, which did considerable work on developing pitch products, based on petroleum, in the 1970s.

“We’re coming from a much different perspective, and are focused on vertical integration from very low-cost, non-coking coal to useful products. Our principal goal is coal to carbon fiber, followed by development of useful resins as well as carbon forms to support 3D printing,” explains Atkins, adding that pitch is not the only precursor under consideration during the project; team member Southern Research (Birmingham, AL, US) is investigating sugar bio-mass as a bio-based alternative to polyacrylonitrile (PAN) precursor.

High-purity metallurgical coking coal can cost US$200/ton, but the Ramaco coal feedstock is priced closer to US$10/ton. Collins explains that WRI has already developed a trademarked pilot process it calls WRITECoal, originally developed under a clean coal project to reduce mercury emissions at power plants. With its multi-stage heating process, he says, the water in the coal can be recovered for beneficial use. Then, mercury, arsenic and selenium, all of which vaporize at a higher temperature (~176°C) also can be recovered. Finally, heavy metals are released and captured as temperatures reach 315°C. What is left are the tars and pitch (e.g., aromatic and asphaltene fractions) that liquefy with continued heating. Collins says that mesophase precursor (see Side Story) is the primary goal, although the group will work with the tars and oils produced: “With filtering and beneficiation steps, we can achieve a variety of precursors for experimentation. It will not be 100% mesophase, and we’ll study blends of isotropic and mesophase pitch formulations,” says Collins, who recently presented two papers on coal chemistry at the 2017 Pittsburgh Coal Conference (held Sept. 5-8, in Pittsburgh, PA, US).

Pitch-based fiber from coal (and petroleum) first involves multi-step processing to produce a usable heavy oil, with further refinement of the resulting heavy oil to produce a spinnable pitch material. This is followed by spinning of “green” fibers, oxidative stabilization and carbonization, with the option for even higher temperature graphitization. The pitch is initially isotropic, which can be used to produce standard-grade (non-aerospace) fibers. Further heat treatment of the pitch creates a mesophase, or anisotropic form of pitch, which can orient along the fiber axis and graphitize to form high-modulus, high thermal conductivity continuous fibers, which have a modulus up to 20 times greater than isotropic fibers.

In terms of general fiber properties, mesophase pitch-based structural carbon fibers have high modulus (stiffness) and moderate strength. PAN-based fibers have moderate modulus and high strength (higher strain-to-failure) and toughness (area under the stress-strain curve) and higher compressive strength. These properties are related to their fundamental crystal structure, and differences between graphitized mesophase pitch fibers and intermediate-modulus PAN fibers, explains Dr. Matthew Weisenberger, associate director of the Center for Applied Energy Research (CAER) Carbon Materials Technologies Group at the University of Kentucky (Lexington, KY, US): “These differences have historically driven the structural carbon fiber market towards PAN-based fiber —  something like 90% of the CF market is PAN-based. But as new applications arise that demand lightweight, high-stiffness parts, pitch-based carbon fiber could begin to nibble away at PAN’s market share, but only if it can bring a cost advantage. I think that efficient coal-to-materials [carbon fiber and other products] is at the heart of the economics.”

According to Boyer, “Scaling up PAN-based fiber production to meet the potential automotive industry demand would require a much longer time and greater costs than scaling up pitch production, in terms of obtaining the basic raw materials. The plants that produce propylene and ammonia, the basic constituents of PAN, currently have no excess capacity, but the pitch feedstocks are made today and would require very little additional investment.”

An important goal of the ICME project is to go beyond simply proving that low-cost coal can be an effective precursor, says Collins: “We aim to study the chemistry of these pitch formulations and determine which are best-suited for making carbon fibers of differing properties. We want to advance the scientific understanding of the molecular structure of these compounds, and develop a ‘knowledge portfolio’ or catalog of different fiber properties with the Grossman Group at the Massachusetts Institute of Technology [MIT, Cambridge, MA, US].”

In other words, certain combinations of pitch constituents will produce greater stiffness, while others might have a lower tensile modulus with higher strength. Steel and other metals, for which standard forms have been developed, with known properties, are now available from a catalog. Collins believes the same should be true for carbon fibers. He adds, “Our goal is to be able to vary the chemistry to get custom carbon fiber properties useful to the automotive industry.”

For now, the entities that are part of the grant project are using a reactor to heat the coal, but Atkins says an autoclave can accomplish similar results. He notes, “We have a good shot at coming up with a low-cost carbon fiber over the course of this project.”

ACP’s chief operating officer and VP of marketing and sales Chris Boyer adds, “Pitch fibers with adequate properties for automotive applications — 250 to 300 Ksi tensile strength and 25 to 50 Msi modulus — can potentially be produced that can meet the automotive target price of $5/lb.”

In another effort, engineers from the University of Utah (Salt Lake City, UT, US) launched, in October 2016, a US$1.6 million, three-year project to research “cost-effective, carbon-friendly methods” for converting coal pitch into carbon fibers, and to evaluate the process’s market potential for revitalizing Utah’s coal communities, which have been threatened by a nationwide decline in coal extraction. Headed by chemical engineering professor Eric Eddings, the project’s funding benefits from a POWER grant from the US Economic Development Admin. (EDA, Washington, DC, US) and additional assistance from the Utah Advanced Materials and Manufacturing Initiative (UAMMI, Salt Lake City, UT, US).

“We’ve now got the reactors built and in place,”  Eddings reports. “We’ve been producing pitch over the past several months, at a bench-top scale.” He explains the project focus is to explore different operating conditions and their effects on the produced pitch. Fibers will be spun and carbonized at the University of Kentucky (Lexington, KY, US) by a group of researchers under the direction of Dr. Matthew Weisenberger, associate director of the Center for Applied Energy Research (CAER) Carbon Materials Technologies Group. There, different operating conditions will be tested as “green” fibers are spun (prior to air stabilization and carbonization), as well as after carbonization, to determine the optimal fiber production parameters. The initial carbon fibers derived from Utah coal have very recently been produced at CAER.

What is the “ideal” pitch material from low-cost Utah coal? Says Eddings, “It really depends on the application needs. Aerospace-grade fiber obviously has been perfected, but is costly due to the need to meet modulus and strength quality-assurance requirements. For automotive applications, it will depend on the part being considered. We hope to be able to design or ‘right-size’ a fiber for a specific application.” For non-aerospace uses, pitch refinement steps can be reduced and simplified. Eddings says the group is investigating mesophase and isotropic pitch (for how these differ, see the Side Story), to identify which is most suitable for particular applications. Less-costly isotropic pitch might suffice in some cases.

Although exact details weren’t revealed because the process may be patentable, Eddings says the coal is pyrolized (without air), with the resulting liquids separated to capture the heaviest molecular weight tars, then refined. This is followed by more heating to drive off the lighter constituents, which, he says, are captured for possible reuse, as is the residual char, which may have value as coke or other carbon-based materials: “First we’ll produce fibers, then optimize the process based on the feedstock.”

“Our main goal is to get to a fiber that is less expensive to produce than PAN fiber, and with the right combination of tensile modulus and strength,” concludes Eddings. “We have many ideas for secondary recovery of related products to improve the project’s economics.” He adds that the coal-mining community is desperate for a new direction, and that economical alternative uses for the product should be investigated and developed.