In January 1969, Grumman Aerospace Corp. (now Northrop Grumman, Falls Church, Va., U.S.) was awarded the Navy contract for the F-14 Tomcat fighter aircraft. In December of that year, the Air Force awarded McDonnell Douglas (now Boeing) the contract for the F-15 Eagle. Both aircraft were fixed-wing designs that required a high-strength, high-modulus fiber to reduce flutter and minimize the mass of each aircraft. At that time, carbon fiber was not available in continuous lengths and glass fibers did not have sufficient modulus. Ultimately, Grumman chose boron fiber for the horizontal tail skins on the F-14, and McDonnell Douglas chose boron fiber for the horizontal and vertical skins and rudder on the F-15. History was made when boron fiber (not carbon fiber) became the first high-performance fiber to be used in a production application.

There is little doubt that the composites industry would not be what it is today without the maturation of carbon fiber products used in aerospace and industrial applications. But that does not change the reality that boron fiber got the industry started. Thus, it seems fair to look at the fiber that started it all, and to understand why boron is still relevant today.

How boron fiber is made

Vapor deposition of boron fiber was first reported by E.J. Weintraub in 1911, and in 1959, workers at Texaco first demonstrated the ability to make a continuous high-strength, high-modulus fiber via chemical vapor deposition. This led to funding by the U.S. Air Force Materials Laboratory to develop and scale up the process. In 1964, General Bernard Schriever called the development of continuous boron fiber “the greatest breakthrough in materials in the last 3,000 years.”

The production of boron fiber by chemical vapor deposition takes place in a borosilicate glass reactor (Fig. 1). A 0.0005-inch (12- µm) diameter tungsten substrate is introduced through a mercury-sealed gas inlet and drawn through the reactor. The substrate is resistively heated to 1,300° C by a DC power supply while boron trichloride and hydrogen are introduced at the top of the reactor. As the tungsten passes through the reactor, boron is formed on the substrate by the hydrogen reduction of the boron trichloride. Gases of unused boron trichloride, hydrogen chloride byproduct , and unreacted hydrogen are exhausted through an outlet port at the bottom of the reactor.  These gases are then either scrubbed or recycled for future production use.  The boron filament, typically 0.004-inch (100 µm) in diameter, passes through another mercury seal as it exits the reactor and is wound onto a take-up spool.  In-line optical scanners monitor the fiber diameter prior to take -up, and adjustments are made to speed up or slow down the rate as needed by a feedback loop to ensure the diameter is within the desired specification.  A unique feature of boron fiber is its rough, corncob structure (Fig. 2), which enhances mechanical gripping between fiber and resin.

Aerospace-grade boron fiber must undergo a rigorous series of tests that assess tensile strength and elastic modulus. To produce composite tape, the fiber is fed into a 1250-spool creel in which the fiber is collimated and precisely spaced, then combined with epoxy resin film.  The typical products shipped to aircraft companies are 500-foot long, 6-inch wide prepregged tapes. Boron fiber prepreg looks and handles like graphite fiber-based prepregs and is amenable to many of the same manufacturing processes.

Avco constructed a 10,000 pounds-per-year production facility in 1970 to make boron-reinforced epoxy (B/Ep) composite tape. By the late 1970s, fiber production capacity was as high as 30,000 pounds per year. Both Avco and Hamilton-Standard were supplying B/Ep tape to Grumman for the horizontal stabilizer of the F-14, and to McDonnell Douglas for the horizontal and vertical stabilizers and rudders for the F-15. Other applications developed later included tubes for the mid-fuselage structure of the Space Shuttle Orbiter made by General Dynamics (Reston, Va., U.S.), the dorsal longeron of the B-1B bomber made by Rockwell (Oshkosh, Wis., U.S.), horizontal stabilizers for the Sikorsky (Stratford, Conn., U.S.) H-60 Black Hawk helicopter, the Dassault (Paris, France) Mirage 2000 rudder, and various sporting goods parts, including golf club shafts, tennis rackets and fishing rods.

In the late 1990s, Textron Specialty Materials began working on the development of a new class of hybridized composite materials consisting of boron and carbon fibers, taking advantage of the properties of both fibers. The addition of 4.0-mil boron fiber to carbon fiber composites can increase the compressive strength of the composite by 100-200% compared with carbon-only composites. Table 1 shows a comparison of boron fiber, carbon fiber and these hybrid (named Hy-Bor) composites.

One of the first production applications for Hy-Bor was the spar caps below the wings of General Atomics’ (San Diego, Calif., U.S.) Reaper unmanned aerial vehicle (UAV). The high compressive strength of boron fiber enabled a significantly increased payload to be carried on the Reaper. More recently, a new generation of these products (Gen 2 Hy-Bor) has been developed jointly by SMI and Toray (Tokyo, Japan) that includes high-temperature resin matrices such as toughened epoxies, cyanate esters and bismaleimides (BMI). 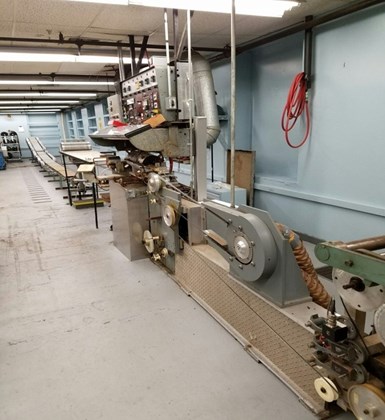 Another new application for boron fiber is use in space structure components for optical imaging. Boron is the only fiber with a positive coefficient of thermal expansion (CTE) that can be hybridized with a high-modulus graphite fiber and provide composite components that have zero CTE with a stiffness as high as 56 Msi. Working with L3Harris (Melbourne, Fla., U.S.), SMI developed a 0.5-inch wide towpreg in a two-step process (Fig. 3 and Fig. 4) using 4-mil boron monofilament with a cyanate ester polymer. With this towpreg, L3Harris and Aurora Flight Sciences, using a 7-axis Electroimpact (Mukilteo, Wash., U.S.) automated fiber placement (AFP) machine, were able to fabricate high-value satellite components resulting in manufacturing cost reductions in the 30-50% range. Wider use of AFP will increase the design flexibility and performance of these materials.

As boron fiber moves forward into the next decade, its future looks promising. In addition to the Predator and satellite components business, the new F-15EX suggests a steady opportunity. 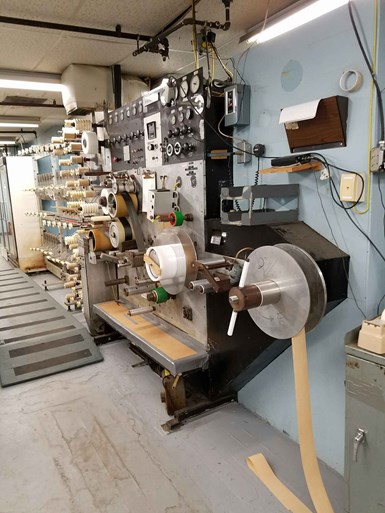 Fig. 4 The second step of the process, in which the 0.25-inch tapes are joined to form larger prepreg tapes from 0.5 to 6 inches wide.

Another high-growth application is hypersonics. According to Michael Griffin, the Undersecretary of Defense for Research and Engineering, the development of hypersonic capabilities is the Defense Department’s “highest technical priority.” The government-funded budget for hypersonics development has grown from $85.5 million in 2017 to $256.7 million in 2019, with even higher growth rates projected in the next 5-10 years in both funding and jobs. SMI’s boron fiber is already being considered for some of these applications.

As Director of Business Development at Specialty Materials, Foltz is responsible for sales and marketing of boron and SiC fibers. He received a B.S. in ceramic engineering from Rutgers, and an MBA from Northeastern. His previous experience includes R&D and sales at Harbison-Walker,  Bay State Abrasives and Textron.